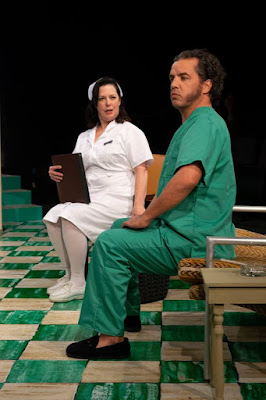 "Too much sanity may be madness. And maddest of all: to see life as it is, and not as it should be."
(Dale Wasserman)

More than 55 years have passed since playwright Dale Wasserman first penned "One Flew Over the Cuckoo's Nest," the nervy, controversial stage adaptation of Ken Kesey's best-selling novel that challenged and ripped apart the emasculating forces of the American asylum, its people, its patients and its twisted practices.

In 2018, the play still packs a punch, still pushes you over the edge and still makes your skin crawl with jittery intensity.

At Playhouse on Park, "One Flew Over the Cuckoo's Nest" is a stirring, entertaining, worthy revival that captivates, challenges and excites. The performances of Jack Nicholson, Louise Fletcher, William Sampson and Brad Dourif still linger in the shadows as does any other remembrance from Milos Foreman's hypnotic 1975 film adaptation.

But, that's o.k.
If anything, the film version serves as juicy creative fodder that heightens and enjoyment, the drama and the craziness that is the stage production. 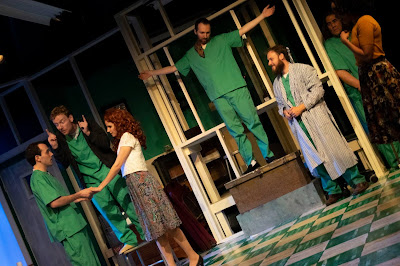 "One Flew Over the Cuckoo's Nest" draws you in and keeps there you, till the bitter end.

15 people get credit for that. They are: 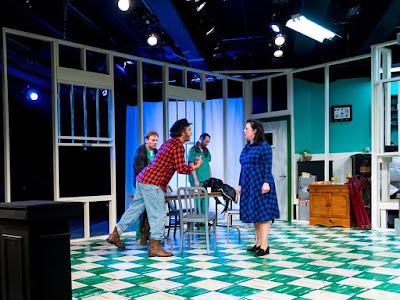 "One Flew Over the Cuckoo's Nest" is set in a mental asylum, populated by patients that are diagnosed as mad, insane, rebellious, delusional and paranoid. With the arrival of new patient Randall Patrick McMurphy (a con man, deemed psychopath, originally sentenced to six months of hard labor at a prison work farm for "too much fucking and fighting"), the cage, so to speak, gets rattled and rattled as he purposely disrupts the ward's daily operation and challenges the all-knowing authority of Nurse Ratched, a hard-nosed woman who maintains her power through shame, guilt, emasculation and manipulation.

Working from Wasserman's detailed, driven script, director Ezra Barnes recreates the atrocities of badly run mental-health institutions where abuse, verbal assaults, pill popping and very uncontrollable group therapy sessions ran rampant. The atmosphere itself is raw, rebellious, dicey, draining, horrific and noticeably fucked up. And, well, it should be.
That said, Barnes, intrigued by the subject matter, never once lets his guard down or lets the material drift into caricature or drama class experimentation. He keeps things real, focused and thought provoking.

It's all here: the paranoia, the delusions, the fear, the hallucinations, the conformity, the harshness, the electroshock treatments, the dreaded lobotomy practices, the ball busting, the rebellion, the false hopes and promises, the cowardice, the mind games, the power plays, the hysteria, the petty rules, the schizophrenia, the state-sanctioned tyrannies, the hysteria that prompts a suicide, the mercy killing and the child rhyme epigraph. 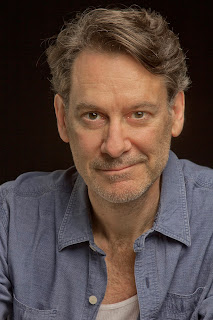 Barnes builds this production around these ideas, theories and other climatic confrontations, which, in turn, allows the teeth-baring menace of Wasserman's Darwinian jungle to spin, rattle and turn on its head to its devastating conclusion. In the end, the combative instincts of the play comes strongly across, as does the fight for liberation against the unjust practices of the psychiatric system itself.

Working with a very large cast, similar to the one utilized by Barnes in last year's spellbinding "The Diary of Anne Frank," which he also directed, can be especially daunting. No so, with this production. Here as in "Anne Frank," Barnes provides each and every one of his actors with a colorful palate of stage direction, stage business, stage blocking and back story so that every one of them stands out individually throughout the two-act drama. This directorial concept keeps the story, its evolvement and its continual changes in mood and tone, completely in perspective. That way, nothing gets lost, nothing gets sidestepped and nothing pushes the audience into an awkward state of confusion. 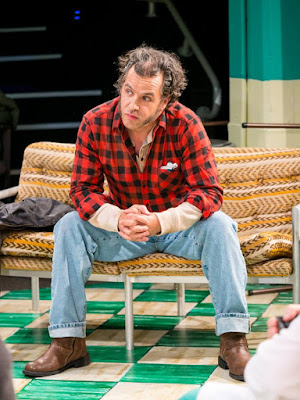 Wayne Willinger plays McMurphy with steadfast energy, bad-boy charm, droll hostility and a quirky  intensity that works especially well. He's a hustler and live wire about to explode, which is exactly what the part calls for. He uses Nicholson's film performance as back story only, with absolutely no copycatting whatsoever. Elsewhere, he's completely in sync with the angst-ridden machinations of his character, McMurphy's advancement in the story and McMurphy's camaraderie with the other patients. There's also a playful and sexual spark to his characterization, which he portrays with well-timed wickedness, dazzle and masturbatory horniness when he's trying to get a rise out of the play's three female characters. His scene's with prostitute Candy Starr, played with cheeky aplomb by Athena Reddy, are happily conceived and reenacted. 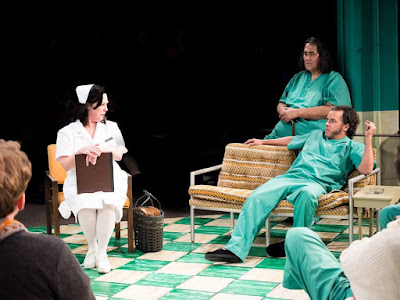 Patricia Randell's Nurse Ratched dominates "One Flew Over the Cuckoo's Nest" step by step, scene by scene, act by act. She is superb in the role and offers one of the best female performances of the 2018 theater season. Like Willinger, she too understands her role and her involvement in the drama of the story and always knows what buttons to push for added dramatic effect. She keeps it real at every twist and turn. She also gives Nurse Ratched that perfectly practiced smile, glazed look and sincere conviction the character is famous for. 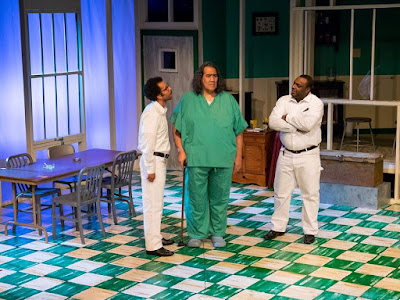 As Chief, a pivotal Native-American character who pretends to be deaf and dumb, Santos is a larger-than-life presence who entrusts his character with a lumbering, full-voice (he doubles as the play's narrator) and mysterious persona that smartly adheres to Wasserman's original interpretation of the part. We feel his pain. We feel his torment. We feel his bruised dignity. We also get his silent strength and desperate compassion.

In the role of the relatively normal Dale Harding, Adam Kee projects the prissy denial, buttoned-up quirkiness of his married (he is unable to satisfy his wife in bed), closeted homosexual character with wonderful, well-timed conviction and abandon. As the shy, often misunderstood Billy Bibbitt, Alex Rafala offers a perfectly honed, honest portrayal of a young man, unable to face the world, who, sadly chooses suicide as the final escape. 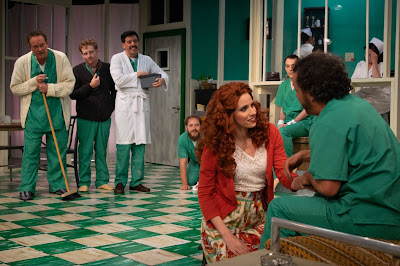 In a show of ensemble strength and purpose, "One Flew Over the Cuckoo's Nest" is admirably taut, tense and ferocious. The entire cast keeps it completely honest  under Ezra Barnes impassioned direction. The play's unnerving drama, as revealed through Dale Wasserman's fresh, propulsive script, is raw, intense and mind-blowing. And when it all ends, the reality of what just happened will leave you on edge completely shaken by this courageous piece of drama.

"One Flew Over the Cuckoo's Nest" is being staged at Playhouse on Park (244 Park Rd., West Hartford, CT), now through November 18.
For tickets or more information, call (860) 523-5900
website playhouseonpark.org

Posted by JimRuocco at 1:52 PM