From the Desk of Jim R, Take 2, Column 211, A Review: "Respect: A Musical Journey of Women" (Connecticut Cabaret Theatre) 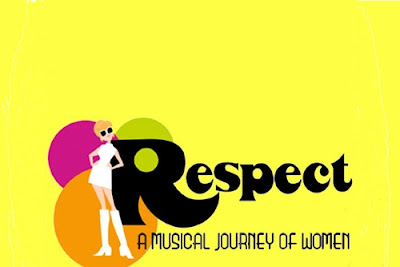 Based on the stories and research of Dorothy Marcic, "Respect: A Musical Journey of Women" glances back at the history of the women's movement, their independence and fight for equality  drawing upon a wide range of material pulled from 20th century song classics, pop hits and anthems. It's all very powerful and breezy stuff that celebrates all forms of music specifically and effortlessly with vigilance and sterling intentions that are very hard to resist. 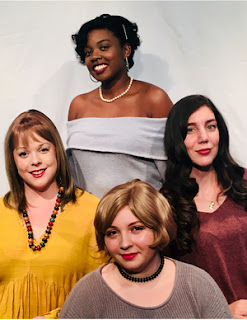 This freely-flowing musical is a surprising delight that delivers songs with punch and power, bright sincerity and a buoyant tunefulness ready for reinvention.

A show like this, which taps into nostalgia, womanhood and camaraderie for entertainment's sake, could easily fall into that escapist trap of bubble gum gooey repetition in the hands of inexperienced directors not versed in this sort of page-by-page songbook conceit. The enlistment of Kris McMurray as director of "Respect" however, keeps this two-act musical real, romantic and heartwarming from start to finish with nary a hiccup, a break, a halt, a skip or a bump. As director and storyteller, he takes chances and runs with them. He never repeats himself. He knows when to amp things up and when to power things down. He understands the mechanics of staging a musical of this caliber, how to position and move it, how to cast it perfectly, how to design and stage it, how to make it flow, how to pause it and make it linger in the moment and how to ready it for live performance. 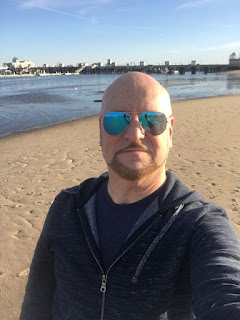 Here, we get a finely crafted, lightweight musical romp and revue that sizzles and snaps, charms and enlightens, teases and taunts and keeps its playful, sugar-coated concept well grounded and controlled. It is fun. It is simple. It is cute, It is fanciful. It is energetic. It is full of sprinkles and sparkles. It knows exactly where it is going and never looks back.
"Respect" also benefits from McMurray's actual knowledge and appreciation of the musical's time frame which spans over 100 years. He is completely akin to the wonderful musicality of the different decades and knows exactly how to move his cast carefully through well timed and orchestrated group movements and synchronized dance moves that give the individual songs additional weight, drive, purpose and remembrance. There's a lot of stage business from song to song and McMurray keeps his musical quartet knee deep in the merriment of it all no matter how silly, how dramatic, how cute or how important it is to the evolution of the story. His creativity is inspired throughout, mixed with a clever uniqueness and style that never falters for a moment.

Big on music with over 40 songs sung entirely from a women's perspective that happily trips the light fantastic while sailing through the decades, "Respect" adapts a snappy juke-box format with one song hit after another. Some are sung in their entirety. Others are delivered in bits and pieces.  No matter, all of them are well worth the ride. They include "You Don't Own Me," "Girls Just Wanna Have Fun," "As Long As He Needs Me," "Boogie Woogie Bugle Boy," "I Will Survive," "My Man," "Beautiful," "Where the Boys Are," "Que Sera Sera," "Greatest Love of All," "If I Knew You Were Coming I'd Baked A Cake," "It Must Be Him," "God Bless the Child," "Over There" and "Diamonds Are a Girl's Best Friend."

Strategically placed in chronological order, the songs themselves offer commentary, history and nostalgia while tapping into everything from marriage and the workplace to girl-boy crushes, lost loves, tragic blues, broken hearts, World War II canteens, Rosie the Riveter and standing by your man when the chips are down. On keyboard, musical director TJ Thompson with the able assist of Jamie Sherwood (guitar) and Tim Urso (percussion) are in vast command, keeping things sharp and shining throughout. Everything is focused and inspired with fanfares, high points, syncopation's, rhythms and mood swings fueled with perfect orchestral coloring and form that is wonderfully evocative, soothing and pace impressive.

The two-act musical stars Maria Soaft, Emily Gray, Erica Whitfield and Erin Liddell, all of whom were featured earlier this year in Connecticut Cabaret Theatre's bouncy and buoyant musical hit "The Bikinis." All four are a bunch of talented, charismatic performers whose innate charm, warmth, personality and showmanship give "Respect" its unifying lift, spirit, magic, sweetness and nostalgic adrenaline. As envisioned by Dorothy Marcic, the show's author and creator, the production itself allows each actress to embrace the music she is given, take hold of it, make it her own and illuminate its vocal veracity with the refreshing honesty and compassion that rocketed it to the top of the "Billboard" charts in the first place.

As with most musicals of this genre, including "The Taffetas," "Forever Plaid," "The Wonderful Wonderettes" and "Beehive," there are obvious star turns, standouts, showstoppers and wonderfully wacky moments that make you smile, clap madly, shed a tear or give your husband, wife or partner a kiss or two on the cheek. Through it all, this quartet of actresses have great fun gliding through the years, changing costumes and personalities, talking to the audience and doing what comes naturally. As actors, they are so very right for each of the different women they are asked to portray. They have a wonderful rapport with each other and the audience. They are great storytellers. They know how to play comedy and drama and they play it well. 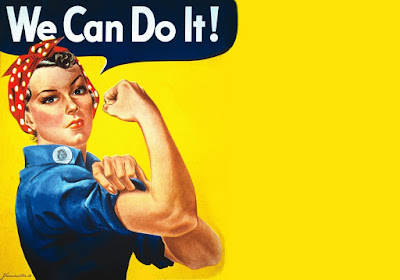 Vocally, they are in full voice, smartly reflecting the vocal finesse, style and intent of the many songs they are asked to sing. They have fun. We have fun. What's wonderful here is the depth, the versatility and the song style of each vocalist as "Respect" pays homage to the songs of yesteryear. All four exude amazing form, range and control. Their harmonizing is pitch perfect. They know how to wrap their voice around a lyric they want you to understand, acknowledge and appreciate. They also exude a down-to-earth charisma, fondness and genuine affection for being able to do what they do in front of a live performance And in a show like this one, that mentality goes a very long way.

An engaging entertainment, chock full of catchy music and memorable performances, "Respect: A Musical Journey of Women" comes packaged with enough song variations and tidbits to keep everyone merrily entertained with its soundtrack of 20th century hits. The words and music from each decade are vigorous and assertive. The band provides melodic, catchy accompaniment. And director Kris McMurray guides his cast of four through the decades with a thumbs-up brio and magic that is not only contagious, but makes you want to get up and dance and boogie all night long. 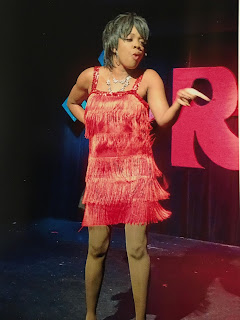