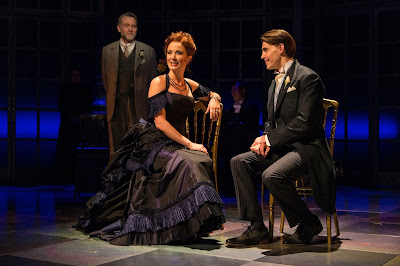 Passion clashes with tradition in Hartford Stage's sumptuous interpretation of Edith Wharton's 1921 literary masterpiece "The Age of Innocence."
Set against the backdrop of New York society of the 1870's, the production is rife with splendid detail about the Gilded Age, the strict rigidity of its social and moral codes, its practiced traditions and loyalties, its accepted veneer and the maintained desired order of entitlement passed down from every generation to both parent and child.
This "Innocence" is also graced with a wonderful hypocrisy and tartness about the period, its players, the suffocating finery, the labyrinthine social gatherings, the formalized invites to the opera and lavish parties and the preoccupation of fashion and the use of haute couture to advance one's already popular social status. 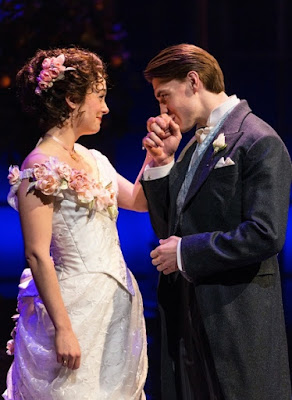 For Hartford Stage, master craftsman and writer Douglas McGrath offers a fresh, new adaptation of "The Age of Innocence" that reflects the angst, hypocrisy and gossipy world of Edith Wharton's famous novel. The struggles, the obsessions, the observances and the traditions are marvelously dissected and mocked ever so engagingly. And the dialogue, some of which recalls the flippness and acidity of Julian Fellowes' "Downton Abbey" is clever, wicked and page-turning much to the delight of the onstage actors and the engrossed audience as well.
At the same time, McGrath paints an observed, intriguing picture with choice, defined central and supporting characters, sharp dialogue indicative of the period and Wharton plus small, vivid details that we watch with complete amazement. There is also a cozy, heartfelt nostalgia to this interpretation, offset by smartly rendered, first-person narration that heightens and advances the play's dramatic sweep and piercing intelligence. 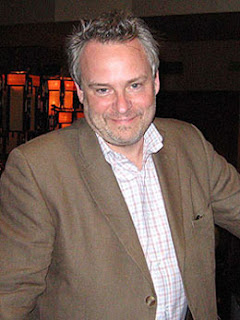 The enlistment of Doug Hughes as director for "The Age of Innocence" is an absolute coup for Hartford Stage. No one is more fitting for this job than the enigmatic director whose directorial credits include "Doubt," "The Grey Zone," "Hedda Gabler," "A Touch of the Poet" and "The Importance of Being Earnest."

The subject matter, for example...New York society exposed and ridiculed...is a welcoming stomping ground for Hughes to shape, construct and interpret. He knows the period, the style, the attitude, the verbage, the nuances and the traditions, inside out. Yes despite his familiarity, he keeps things fresh, relevant, intoxicating and urgent.

Taking his cure from McGrath's crafty stage adaptation, Hughes gives "The Age of Innocence" a smart, fluid, cinematic aura that unfolds seamlessly during its intermission-less 100 minutes. Everything is focused, carefully constructed and inspired, to both Wharton and the era. That said, the director also embellishes the production with that deft, signature style that categorizes all of his work. 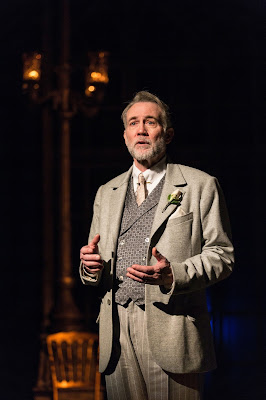 In this adaptation, the framing device of the piece belongs to the character of The Old Gentleman, who, in actuality, is the elderly version of the young Newland Archer. It's a splendid conceit, particularly since Hughes has cast the charming, versatile Boyd Gaines in this plum role, as both narrator and observer.
Gaines, who starred on Broadway in "Gypsy," "She Loves Me" and "Company," to name a few, is polished, personable and utterly charming. At the same time, the actor wondrously conveys the image of a survivalist  who, despite, not always making the right choice in both life and romance, has endured, regardless of decisions and consequences. The actor also gets some of the best jokes and dialogue, which he infuses with great humor, drama and humanity. 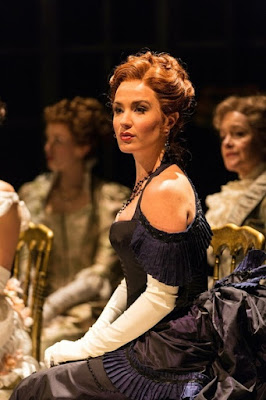 The luminous Sierra Boggess is the perfect fit for the role of Countess Ellen Olenska, May's cousin and Mrs. Manson Migott's granddaughter. Garbed in Linda Cho's gorgeous costuming and looking every bit at home in the play's grand, exquisite setting, the actress is completely captivating as the free spirit who mocks New York society to Newland Archer and becomes the other woman in the love story so lyrically stated by McGrath in this stage adaptation.

It's a beautifully nuanced performance, alive with compassion, vulnerability, repression and complete intoxication. Everything she does is completely natural and comes from within. It's all there: the way she sits or walks into a room; the way she thwarts, then succumbs to Newton's charms; the way she speaks or verbally attacks her peers; the way she addresses her past. It's impossible to take your eyes off her. 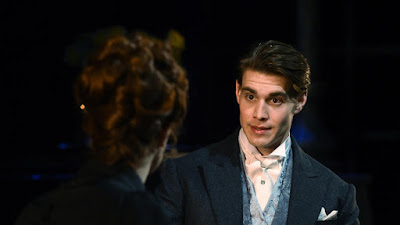 Newland Archer, the play's young, wildly attractive protagonist who finds himself torn, and in love with two women is brought splendidly to life by Andrew Veenstra. Like Boggess, he too reflects the elitist, crazily moralistic  milieu of 19th century New York society. He's charming, chauvinistic, captivating and perfectly in sync with his lovesick character's tortured dilemma and its obvious outcome. 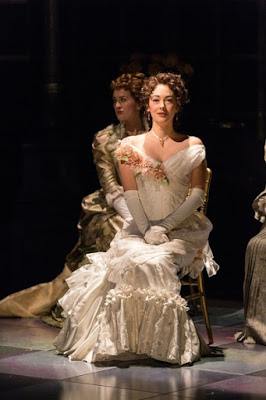 May Welland, Newland's fiancée is played by Helen Cespedes, a beautiful, young actress who vividly projects her character's innocence and girlishness, her love of social decorum, the life upper crust society offers, the entertainment it brings and her conformance to the social grace and customs that surround her.
But beneath the dazzle, the actress deftly portrays May's unhappiness, her insecurity, the pretense of a happy marriage to save face before New York society and her infatuation with romance and the very word love itself.

In conclusion, "The Age of Innocence" is a show of genuine invention that articulates the excitement and pain of the privileged class with fierce, exquisite theatricality. The inventiveness of Doug Hughes' direction swirls, swoops and dazzles. The cast, lead by Boyd Gaines, Sierra Boggess, Andrew Veenstra and Helen Cespedes, is spectacular. And the sets, costumes and lighting make this production suitable for framing in the grandest style. 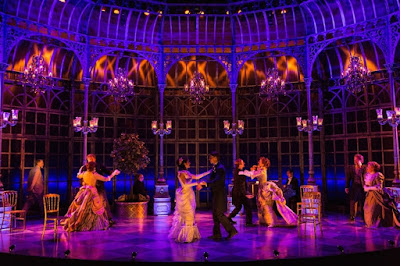