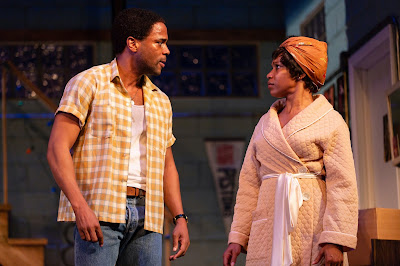 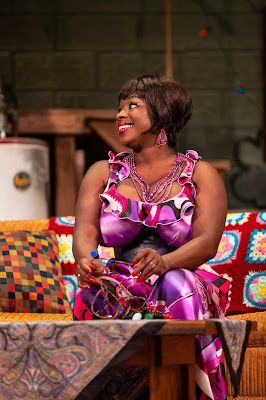 
"I wanted to dive into Detroit's history and look back at the important moments that changed the landscape of our city. And 1967 was definitely one of the more definitive moments."
Dominique Morisseau, playwright, "Detroit '67"


Police brutality, racism, rebellion and segregation are among the topics addressed in Dominique Morisseau's "Detroit '67," a fascinating, emotional character-driven portrait that turns the clock back in time to just a few days before the 1967 conflagration between black residents and the Detroit Police Department that left 43 dead, 1,186 injured and more than 2,000 buildings destroyed by fire.

"Detroit '67" packs an emotional wallop that is not easily forgotten.
Here is a play that educates, remembers and basques in its timeliness.
It sparks conversation.
It gets the juices flowing.
It rocks the boat.
It strikes a power chord.
It creates empathy among people and neighbors who share a past, present and future bond. 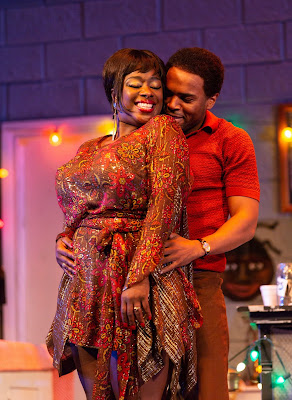 The second chapter of Dominique Morisseau's "Detroit Project" three-play cycle, "Detroit '67" takes an up close look at two siblings, Chelle and Lank, a brother and sister who have converted the basement of their newly inherited home into a small, after hours private club (known in those days "a blind pig."). However, with the arrival of Caroline, a mysterious, badly beaten white woman, whom Lank and his best buddy Sly found one night on their way home, the situation becomes extremely complicated.
Her attraction to Lank, in part, heightens the racial tension of the story while outside, the developing Detroit riots, are raging on. Elsewhere, the hypnotic music of Motown, which the playwright moves
effortlessly throughout the production, also plays a key role in the story, its evolution, its interconnected moments and its powerhouse conclusion.

"Detroit '67" is being staged by Jade King Carroll whose directorial credits include "The Piano Lesson," "Having Our Say," "Sunset Baby," "The Revolutionists" and "Skeleton Crew." Embracing Morisseau's nerve-jangling story, she creates a shockingly relevant piece of theater that unfolds with stirring intensity, pulse and immediacy. It's impossible to look away for a second. 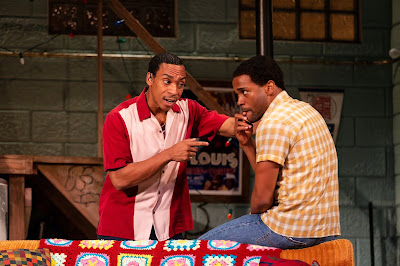 Moving from scene to scene with rapid, involved story board development, there's lots of dialogue, lots of conversation and lots of character interaction. You watch. You listen. You take it all in. You believe every single moment. Carroll addresses the serious subject matter as well as its humorous blueprint, naturally, realistically and practically. You don't always know what's going to happen next, which is a good thing. Still, you listen attentively as the pieces eventually all fall into place while Carroll gives "Detroit '67" apt space to breathe, fly, surprise and get you both rattled, shaken and pissed off.

Directorially, she is well attuned to the playwright's vision of family, conflict, conversation and rebellion. She fills the stage with memorable detail and solidity. She captures the angst, the hurt, the confusion and the restlessness of the five principal characters. She knows what works and what doesn't. She knows how to plunge her audience into the politics and prejudice of the story. She finds time to concentrate on those big play moment's than propel the action forward. She creates raw and real images that are gripping and boldly imaginative. She also is well versed in the mechanics of the piece, its history, its time line, its attitude, its people, the black experience and its mindset. 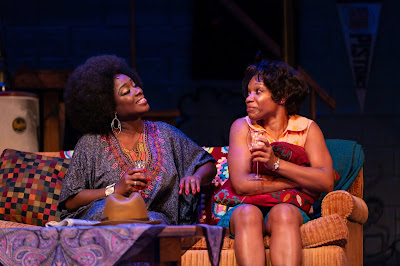 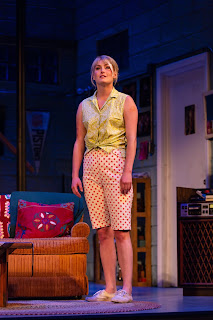 The production stars Myxolydia Tyler as Chelle, Johnny Ramey as Lank, Nyahale Allie as Bunny, Ginna Le Vine as Caroline and Will Cobbs as Sly. In yet another five-star casting coup for Hartford Stage ("The Engagement Party" was another), all five performers, each and every one a standout on their own, individually, or acting side by side as a very involved ensemble, craft bold, refreshing, invigorating performances that complement "Detroit '67's" raging themes, the actual subject matter, the period itself and the in-your-face immediacy of the riots, the discrimination and the prejudice of the times. Everyone looks, acts and behaves as if they were rooted and raised in the Detroit of the play's turbulent era. Never once do you doubt anything they say and do.

Well-acted and compassionate, "Detroit '67" is a thought-provoking play that shakes you up, gets you angry, gets you thinking and leaves you emotionally drained. Then again, that's the point of Dominique Morisseau's lengthy conversational drama - a powerful work that retraces the violent and bloody confrontations between the residents of Detroit's African-American neighborhoods and the city's white, oppressive police department that subjected innocent black people to unwarranted searches, harassment, discrimination, shootings and beatings all because of their skin color. It's a fact that hits home with heavy-handed realism and the sad reality of what was going on in Detroit during the summer of 1967. 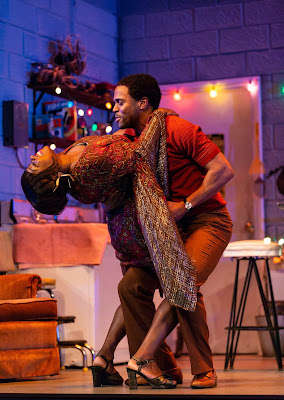 All photos by T. Charles Erickson, courtesy of The McCarter Theatre Center