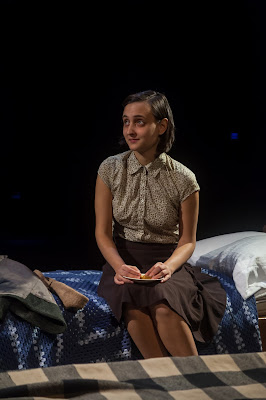 "The Diary of Anne Frank," first published under the title "Het Achterhuis. Dagboekbrieven 14 Juni 1942 – 1 Augustus 1944"  (The Annex: Diary Notes 14 June 1942 – 1 August 1944), is a story that has survived the testament of time. It is a powerful reminder of the Holocaust, its horrors, its fears and all of its atrocities. It is also a story of hope, survival and awakening that demands to be told and must be told again and again. It is also something to behold and embrace as it was written by a courageous young girl who recorded her impressions of the times, the people, the war, the cruelties, the hunger, the confinement of living in hiding and lastly, the promise of a new life that was tragically cut short by death. 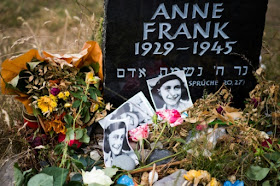 Using newly released passages from the actual "Anne Frank" diary, mixed with realistic, atmospheric dialogue created for the stage and augmented by some eerie and surprising sound effects, stark mood lighting and period radio recordings, Playhouse on Park's "newly mounted staging of  "The Diary of Anne Frank" is something of a revelation.
Dramatic.
Powerful.
Exciting.
Compassionate.
Shocking.
Heartbreaking.

This "Anne Frank" is a riveting, powerful, truthful and intimately staged body of work that respects, understands, explores and embraces the original diaries and stage plays without any rose-tinted edges, consequences or contributions. Here, you fully understand the anguish, the pain and the uncertainty of living life day-by-day knowing that immediate capture and death could happen at any given moment, day or night.
You are also part of the production.
As devised by scenic designer David Lewis, the three-dimensional closeness of the actual stage set annex, replete with its claustrophobic living quarters and tiny bedrooms, thrusts the Playhouse on Park audience completely into the proceedings without any hesitation. This closeness to the characters and their story not only heightens the play's dramatic effect, its progression and its horrors, but allows every member of the audience to experience every single moment of the play without that actor/audience separation. It's a unique, voyeuristic concept that works most advantageously throughout the production. 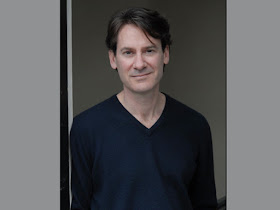 Using Wendy Kesselman's shortened, briskly-paced adaptation instead of the original three-hour Frances Goodrich/Albert Hackett play text, director Ezra Barnes crafts a solid, memorable two-act play that vividly recalls the events and experiences of a young girl's diary, using very carefully-guided research, intimate strokes, colors, nuances and expressions. No one makes a false move. Everyone has his or her place in the annex. There is a time and place for everything. And Barnes knowingly never lets the "Anne Frank" characters or his audience forget the dangers lurking about right outside the actual hiding place. 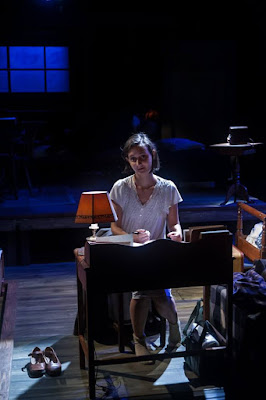 For any actress, it's a daunting task to bring the part of the perky, optimistic and valiant Anne Frank to life. But Isabelle Barbier more than rises to the occasion. Not only does she give the performance of the year, but the actress far surpasses that of Natalie Portman who played Anne in the 1997 Broadway revival and others who have tackled the role locally and regionally over the last ten years.

As the play begins, the actress deftly projects the character's youthful exuberance, her unbridled curiosity about her new home and its inhabitants and her penchant for writing her daily experiences (good, bad and secretive)  in her treasured diary. Racing about the annex set, she is a force to be reckoned with. Then again, that's the point. You can't take your eyes off her. She is simply amazing. 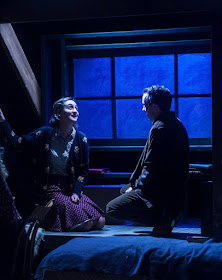 Much later as the years pass and the story picks up additional steam, Barbier superbly captures Anne's troubled and tense relationship with her mother, her sexual interest in the teenaged Peter Van Daan and in the wake of adversity, her true belief that she and everyone else in the annex will eventually become liberated from the Nazi takeover of Holland. 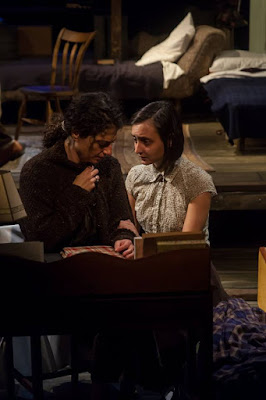 This production also benefits from the fact that Barbier actually resembles the real Anne Frank. It's an uncanny feat and one that heightens the drama and the sensation of the piece with, of course, respect to the story and it's eventual outcome at the end of Act II. 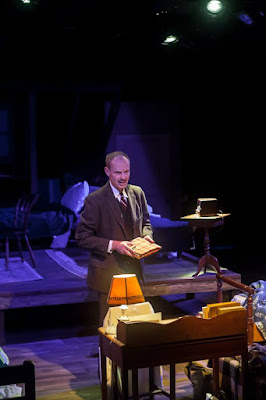 In Frank van Putten, Barnes has found a very personable, compassionate and focused actor to portray the lead role of Otto Frank, the father of Anne and Margot Frank. From the moment he appears on stage, make no mistake about it, he's the real deal.
He gives full illumination to the part, always communicating the necessary dangers, difficulties and uncertainty of living in closed quarters completely cut off from the outside world. His Otto is a serious leader of sorts, but not without the understanding, the kindness, the sympathy and the heroism the part calls for. His final speech at the end of Act II, a brilliant, acting moment where Frank reveals the fate of everyone in the play, is profoundly touching, beautiful and truly revelatory. 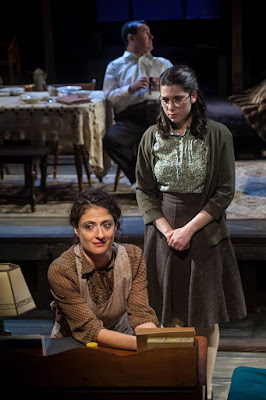 As Edith Frank, Anne's mother, Joni Weisfeld brings just the right amount of emotional strength, sensitivity, passion and honesty to the part. Whether interacting with the onstage characters, changing her clothes or quietly standing there in silence, observing, reacting or thinking, she is always in complete control. 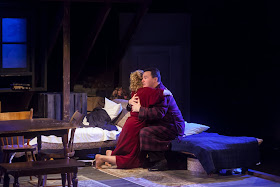 Allen Lewis Rickman and Lisa Bostnar bring the necessary drama, passion and verve to their respective roles of  Mr. and Mrs. Van Daan. They have great stage presence and stamina. They are perfectly in sync with the material, the drama, its edgy qualities and their role in the progression of the story. Like others in the play, they also believably communicate the dangers of hiding in complete confinement and fears of facing a very uncertain future.
Elsewhere, the dramatic conflict that ensues when Mr. Van Daan demands that his wife surrender the beloved fur coat that her father gave her because they are hard pressed for cash is alarmingly potent and real. It's a moment that lingers....and one, you're not likely to forget. 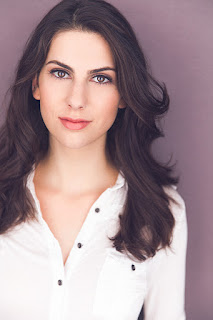 As Margot Frank, Ruthy Froch is an amazing, versatile young actress who brings a profound resonance to the part of Anne's sister. It's a very spirited, focused portrayal that is very real, truthful and raw. Even when she's just sitting there listening or reacting, we always know what she's thinking and feeling.
There is a real sense of urgency and compassion to Elizabeth Simmons pivotal portrayal of Miep Gies, one of the friends from downstairs responsible for the hiding and caring  of the "Anne Frank" characters during their two years of confinement in the annex. The actress brings so much more to the role than what's written on paper.

Taut, poignant, honest and observant, "The Diary of Anne Frank" is very real in its depiction of the outside dangers on the streets below the secret hiding place to the obvious threat of capture and separation from the annex sanctuary.
The ending, of course, is obvious. Nonetheless, we watch, we listen, we cry and we hope. 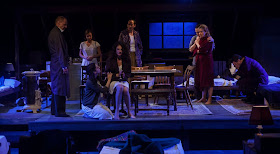