From the Desk of Jim R, Take 2, Column 20: A Review, "In the Heights" at Downtown Cabaret, Bridgeport 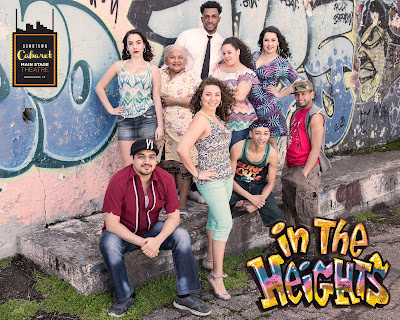 By James V. Ruocco
A refreshing frozen fruit Piragua.
A heat wave, a power cut, a sunset.
A fireworks display of bright rainbow colors.
A stolen kiss between two people who are about to become lovers.
A winning lottery ticket.
The loss of a business, an unexpected death, a chatty rap of syncopated awakening.
A bodega owner's dream of returning to his parents' birthplace.

That electrifying sound of Hispanic zing and spirit you hear coming from the cozy environs of the Downtown Cabaret isn't the latest episode of a sexy, sun-drenched telenovela  starring William Levy and Jacqueline Bracamontes. Instead, that loud, contagious sound of celebration belongs to Lin-Manuel Miranda's rap-meets-salsa musical "In the Heights," which began life on Broadway back in 2008, long before "Hamilton," that $3,000-$6,000 a-ticket, hip-hop Broadway musical about founding father Alexander Hamilton.
Not to worry.
You can see this one for much less ($33.00 a ticket). 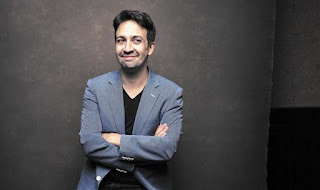 "In the Heights," which won the Tony Award for Best Musical and Best Musical Score, is set in the barrio of New York's Washington Heights neighborhood. Here, a variety of its colorful inhabitants become Miranda's mouthpiece as they sing and dance about their troubled lives, their financial and romantic problems, their lusts and longings, their familial conflicts and finally, their desire to break away from the community, in search of a better place...god willing. 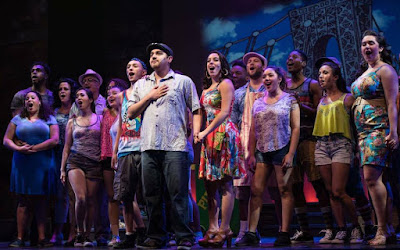 From the moment the cast takes center stage at Downtown Cabaret to sing the opening "In the Heights" production number to the joyful closing anthem "When the Sun Goes Down," this revival of Miranda's earlier work, delights, cajoles and works you into a frenzied state of wicked, delicious, sweaty delirium. This experience is further enlivened by the musical's zesty Latin pop and salsa score and the good and hopeful cheer of Quiara Alegria Hudes play script. Plus, a colorful scenic design by William Russell Stark and Phill Hill's (lighting design)  swirling array of rainbow colors guaranteed to put even the most discerning of theatergoers in a partying mood. 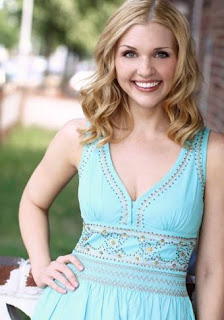 Director Christy McIntosh-Newsom embraces the "In the Heights" material with confidence and brio. The harsh realities of barrio life, the continued tug-of war between people fighting for survival or escape, rings loud and clear. As does the different personalities of the individuals who populate the neighborhood. A passionate director, Newsom, of course, leaves no stone unturned. She always knows what buttons to push, who to thrust into the spotlight, what plot twist to amplify or downgrade and how to get a laughs from some choice, cheeky Hispanic one-liners, body language and innuendo. 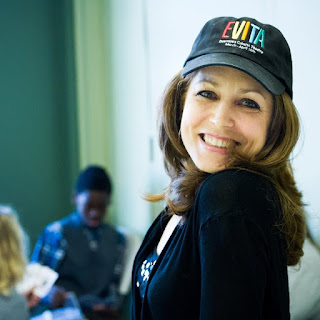 The snap, crackle and pop choreography of "In the Heights" has been envisioned by Emily Frangipane, a very talented interpreter whose previous Downtown Cabaret credits include "Spring Awakening," "Evita" and "American Idiot." Here, Frangipane crafts some dizzying, innovative dance moves and production numbers, which instinctively reflect the themes and mechanics of Miranda's feel good musical. But since the cast is comprised of essentially nonprofessional dancers, some of the show's bigger musical moments never achieve their anticipated Broadway momentum or leap off the stage and hit you smack in the face, causing you to jump up and shout "Bravo."
Nonetheless,  Frangipane plunges forward. And in, turn, the jagged, raw, flat-out truths of the "In the Heights" dance material and its varying pulses and rhythms are never lost. And, that, in itself, is quite an accomplishment. 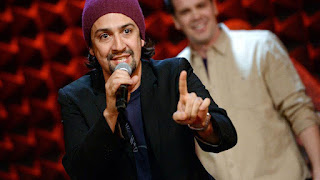 The always engaging Eli Newsom.....back again as music director...takes hold of Lin-Manual Miranda's pungent, enthusiastic score and adapts it nicely to the smaller space of the Downtown Cabaret without ever once losing its exciting pulse, spicy flavor and piping hot Hispanic beats. From the moment the show begins till the curtain call, 2 1/2 hrs. later, Newsom and his talented band members Josh Sette, Christopher Cavaliere, Charles Casimiro, Gabe Nappi, Mark Dennis and Brendan Stavris keep everyone on stage and in the audience deliriously entertained without ever once missing a single beat. They are not just playing the score, they are living it. Big difference! 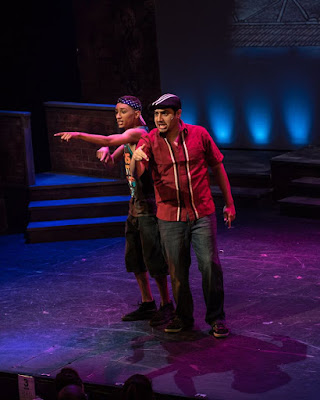 The song list for "In the Heights," as devised by Miranda, is serviceable to the plot, its characters and it Hispanic roots and surroundings. Nothing is thrown it just for the sake of giving certain leads and supporting players extra stage time. Nor is anything in the music and lyrics overly preachy, corny and dripping with sentiment. Everything is mapped out perfectly. There are showstoppers, glossy comic numbers that reflect the in-your-face life of the barrio, sweet and sassy ballads, tender duets and others that are designed to get under your skin and linger long after "In the Heights" has ended.

In the role of Unsavi de la Vega, the role originated by Miranda in the 2008 Tony award-winning Broadway production, Marcello Calderon, is a natural showman and entertainer who clearly enjoys being on stage, singing, acting and narrating the "In the Heights" story. Throughout the entire production, he is wonderfully animated, charming and personable. He makes you care about every one of the characters and the joy and sadness that unfolds. He is also an actor who can get everyone up on stage front and center for a celebratory neighborhood dance or shed a tear when a beloved character dies suddenly during the first half of Act II. Moreover, he brings a sense of urgency to the proceedings that keep things  real and reflective despite familiar themes of chasing dreams, financial debt, a better life and a romantic sub-plot than harkens memories of Tony and Maria from "West Side Story." 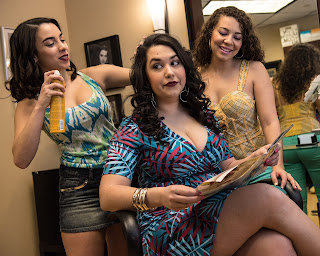 Alexis Willoughby, cast in the role of the street-smart, take-charge, often vivacious Daniela, is commanding, sexy, vibrant, comic and so in sync with her character and role in the story, she is the real deal. We not only get her and her character's desire to close up shop (she owns a beauty salon) and move to the Bronx, we cheer her every step of the way, hoping she will succeed. Vocally, she's absolutely dynamic.

The charismatic Jessica Paige Brown, who plays the pivotal role of Nina Rosario is both vigorous and high-spirited. She truthfully projects the portrait of a young woman who made it out of the barrio, only to return home (she has dropped out of Stanford University) troubled, confused and uncertain about the path that lies ahead. She is well matched opposite the tremendously talented Everton Ricketts who portrays Benny, a black dispatcher for her father's cab company who doesn't speak a word of Spanish, but tries to pull off his difficult feat in one of the play's hilariously timed comic sequences. 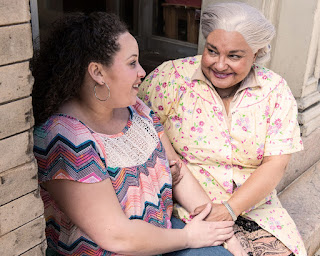 In the role of "Abuela" Claudia, the neighborhood barrio matriarch who has become grandmother to most of the musical's characters, Celia Ortiz gives a three-dimensional performance that is so beautiful, so controlled and so real, you just want to hug her and never let her go. In the script, her character is the one who has looked after Usavi after his mother died. She also holds the winning lottery ticket worth $96,000. 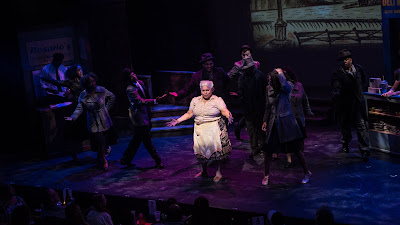 From the moment she appears on stage, you can't take your eyes off. She is just great, reveling in the character's zest for life, her forgotten dreams and passions and her towering, pathos-steeped gallantry. Vocally, she is dynamic and yes, she literally stops the show when she takes center stage to sing "Hundreds of Stories," an impassioned song of encouragement. 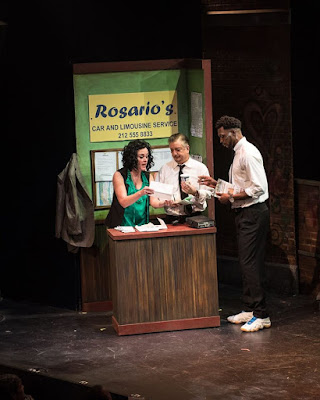 As Kevin and Camila Rosario, the owners of a not-so-profitable gypsy cab company, which they are forced to sell so their daughter Nina can realize her dream and return to college, Perry Liu and Julie Bell Petrak, believably communicate their character's ongoing troubles through song, dialogue and characterization. Petrack, who staged the sensational "Spring Awakening" this season at Downtown Cabaret and Liu aren't given lots to do in "In the Heights," a fault of playwright Quiara Alegria Hudes, but whenever they are on stage, you are transfixed. 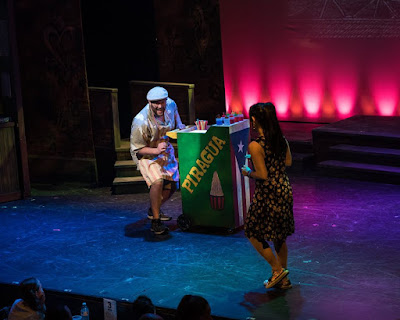 Other standout performances come from Joe Cardozo as Sonny, Joyce C. Ramirez as Carla and Olivia Grace Rivera as Vanessa. Lastly, there's Nicholas Kuell, who plays the neighborhood Piragua Guy, the owner of a small piragua stand who is forced to compete with Mister Softee. His two musical numbers "Piragua" and the "Piragua" (reprise) are a joy to behold. To his credit, Kuell has such fun in the role, he turns an otherwise small part into a lead role. The audience, in turn, awaits his every entrance. 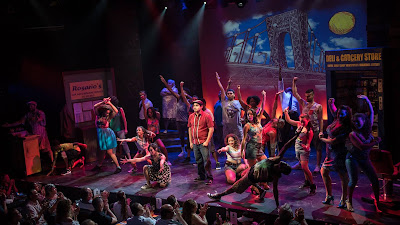