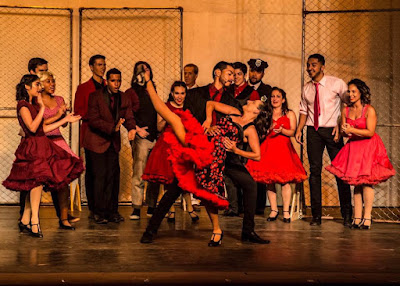 By James V. Ruocco
The songs.
The music.
The choreography.
The story.
The performances.
Sixty years ago, "West Side Story" opened on Broadway at the Winter Garden Theatre with a stellar-cast that included Larry Kert as Tony, Carol Lawrence as Maria, Chita Rivera as Anita, Ken LeRoy as Bernardo and Michael Callan as Riff. 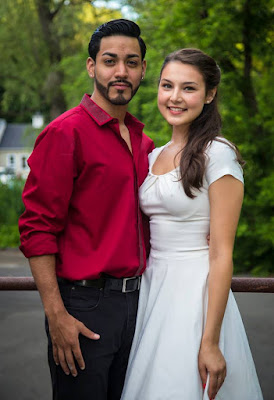 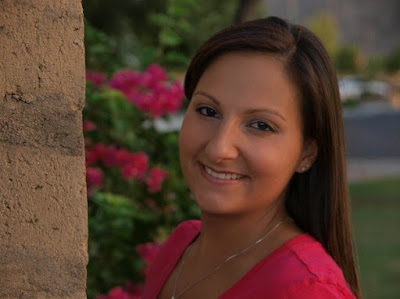 At Richter Park, those landmark roles are assumed by an equally-talented quintet who express their character's angst, frustrations, thoughts and desires through the passionate dance, catchy music, pungent lyrics and edgy dialogue set forth by the show's creators Leonard Bernstein (music), Stephen Sondheim (lyrics) and Arthur Laurents (book). 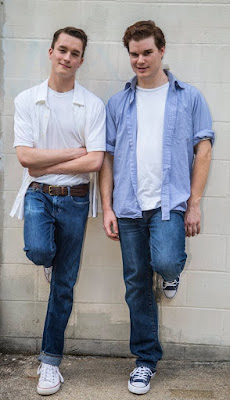 They are:
Steven Moores as Tony.
Juliet Dale as Maria.
Lauren Nicole Sherwood as Anita.
Sergio  Mandujano as Bernardo.
Brian Bremer as Riff

The skill, the sincerity, the mindset and the magic they each bring to this adrenaline-filled story (set against the backdrop of New York's gang-ridden, blue-collar/immigrant west side neighborhoods of the late 1950's), fascinates, entertains and enthralls. There's also a breathless rush and exhilaration to everything they say and do in a broken world that never stops spinning and spinning. 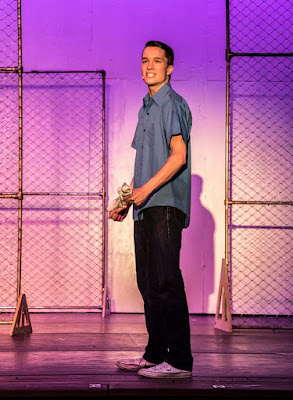 The character of Tony, as written by Laurents, is not an easy role to pull off. Most often, the part is played with one-note charm from song to song or scene to scene with almost nothing to propel you into his story, his romance or subsequent death at the end of the musical. To pull it off, you need an actor who is not only likeable from the moment we first meet him, but someone who can act, sing, dance and make even the most stilted dialogue sound completely instinctive and believable.

Luckily, for us, "West Side Story" director Michael Limone, saw fit to cast Steven Moores as the troubled, lovesick, kind-hearted romantic. The actor, last seen as Rapunzel's Prince and Wolf 2 in Richter's thrilling production of "Into the Woods," not only possesses the laid-back boyish charm and innocence that embodies Tony, but gives him equal dimension, color, personality, shading and gusto. 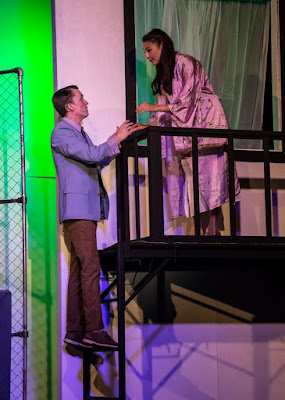 He is every inch the hero, the heartthrob and the mediator that Tony should be. He makes us believe that love can (and does) happen at first sight. His stand against the ugly prejudice of the times is believably projected with concern and authority. And when he kills Bernardo in a fit of rage during "The Rumble" at the end of Act 1, his cries for help, namely "Maria," are so real and so frightening, Russian theatre mentor and practitioner, Konstantin Sergeievich Stanislavski would be immediately impressed.

Here, as in "Into the Woods," Moores is in vocally perfect pitch. He gets the lyrics. He gets the music. You never doubt him for a moment. With "Something's Coming," he sings with excited certainty and dazzle. With "Maria," his astonishing vocal purity and power magically captures the wonderment of first love and the endless possibilities that will follow. 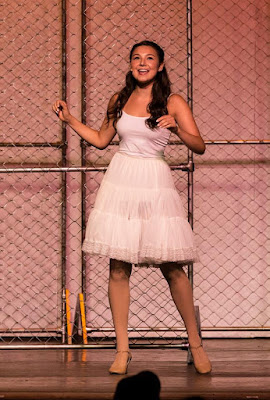 One of the real pleasures of this "West Side Story" is the casting of Juliet Dale as Maria. This too is not an easy role to play, but Dale, takes hold of it, shapes and molds it and offers one of the most stunning, beguiling performances of this or any theatrical summer season. She is magical. She is innocent. She is charming. She is lovely. She is an actress of intelligence, depth, drive and stamina. And like Moores, she completely gets and understands the character she is playing and her ever-changing role in the progression of the story. Maria's desolate grief at the end of the production, is so realistically conveyed and projected, it's impossible to take your eyes off the actress for a second. She really make you feel her pain. 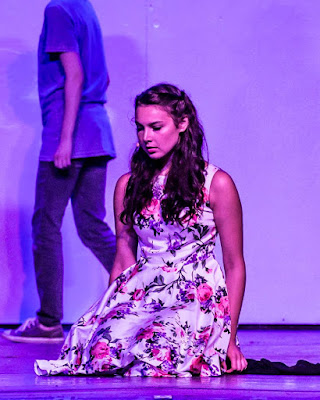 Vocally, Dale is enchanting, charismatic and alluring. Her thrilling, playful rendition of "I Feel Pretty," is rife with charm, whimsy and imagination. "Tonight" and "One Hand, One Heart," the haunting, vocally precise ballads she shares with Moores, are as beguiling as the day they were first written. "A Boy Like That/ I Have a Love," the pungent, heated duet about first /lost love she sings shares with the citrusy Lauren Nicole Sherwood (Anita) floats the voice and the urgency of the song exactly as intended by Bernstein and Sondheim. 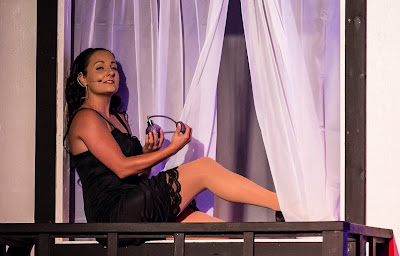 Anita, the fiery girlfriend of Maria's handsome brother Bernardo, is played with passionate vitality  and conviction by the equally passionate and talented Lauren Nicole Sherwood whose onstage fever and charisma makes her a natural candidate for the role originally played by Chita Rivera on the Broadway stage and Rita Moreno in the dynamic movie version.

Sherwood dazzles, flirts, charms and glides herself through this colorful role (she's a wonderful dancer) with just the right emotion, depth and personality to pull it off. We get her. She gets us. We love her. She loves us. 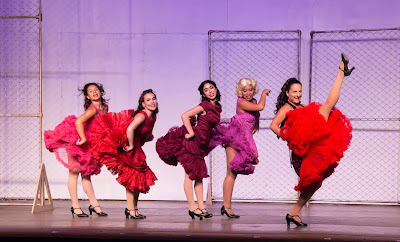 Her seamless, powerful rendition of  "America," performed, in part, with the fine-voiced Shark Girls, brilliantly captures the sardonic wit of life in both the USA and Puerto Rico. Much later, when the Jets taunt her with twisted racial slurs and a simulated rape that director Limone builds and builds to a frightening crescendo, Sherwood's anger is real, raw and warranted. It's an amazing piece of drama that gives edge to the story and its eventual dramatic conclusion. 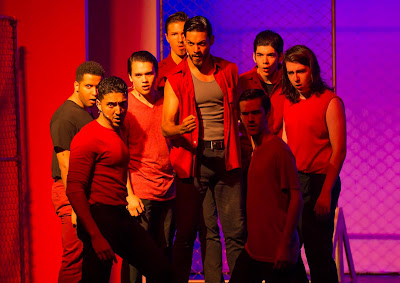 As Cinderella's Prince/The Wolf in Richter's "Into the Woods,"  Sergio Mandujano, hits all the right notes with his centered, emotional star turn. Here, he does more of the same in the pivotal, commanding  role of  Bernardo, the leader of the Sharks, the brother of Maria and the boyfriend of Anita. His acting, his dance moves and his singing are absolutely in sync with his bold, intense interpretation of the iconic street gang character who dies at the end of Act I.

Vocally, he stands out in the brilliantly staged and sung "Quintet," which is performed by the entire cast. But, sadly, he does not perform in "America" like George Chakiris did in the movie version. Here, the popular musical number adheres to the staging and concept (women only) of the original 1957 Broadway musical. In short, no Bernardo. No male Sharks. 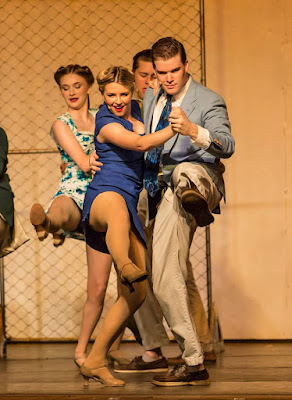 For the role of Riff, Limone has wisely chosen the versatile Brian Bremer to play the leader of the Jets gang. Perfect casting. Most definitely. The actor makes all the right moves, from Riff's take-charge persona and urban vulnerability to the character's heated restlessness, short-changed hostility with the Sharks and the kind-hearted buddy-buddy camaraderie he shares with the Jets gang.

His Riff comes packaged with a starry-eyed humanity and zest which makes the character more
palpable, centered and real. The actor also brings a boyish wonder and likeability to the role, which, gives Riff a charm reminiscent of "Hairspray's" Link Larkin. It's a bold move, yes. But Bremer hones it to such perfection, his demise at the end of Act I leaves you emotionally shaken. You really miss him. 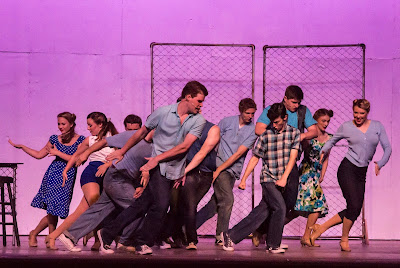 Musically, Bremer is vocally primed and ready to knock your socks off (he does) with his brilliantly jazzy, aching rendition of "Cool" that finger-clicking Sondheim/Bernstein song that starts out calm and builds to an emotional frenzy that completely dazzles. Much earlier, the actor quickly impresses with the mighty and proud "Jet Song." He also makes his vocal presence known throughout the pulsating, challenging  "Quintet." 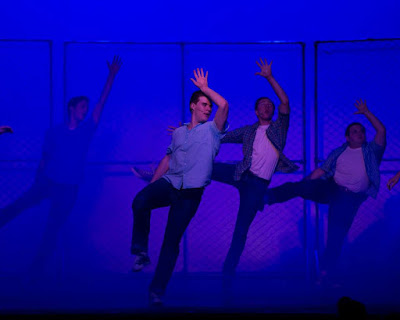 Fans of the 1961 movie version expecting to see Bremer perform "Gee, Officer Krupke," however, are in for a real surprise. In the film, this vigorous, satirical number takes place before "Cool" and is sung by Riff  instead of Action,. Here, that song appears in the second scene of Act II and is hilariously sung and performed by Action (Nathan Clift) and the surviving members of the Jets. It is catchy, wild fun from start to finish. 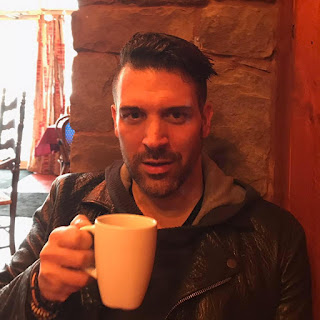 Michael Limone, the director of "West Side Story" crafts an exuberant, impressive, dutiful production of high energy, pulse and dimension. His instinctive connection to the piece, the characters, the story and the music is achingly heartfelt. And nothing is sugar-coated. The prejudice of the times, its ugliness, its verbal abuse and hypocrisy is front and center. The "Romeo and Juliet" romance between two lovers of different social, economic and racial backgrounds is rife with reason, drama and timelessness.

To many, the story of "West Side Story" is pretty much indestructible. It's big, yes. It's amazing, yes. And yes, the songs, the dances and the characters are legendary. Regardless, Limone is not one to rest on his laurels. There's a lot going on here, but he's never once daunted. Key narrative moments have real purpose. The action is fast, fluid and defined. The songs and dances fit seamlessly into the framework of the story. And every actor on the Richter stage is firmly rooted in the time period of the actual story, circa 1957.  Well done, Mr. Limone. 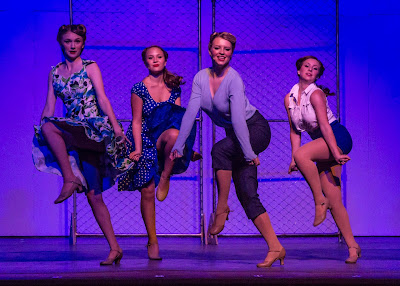 Then, now, tomorrow and the day after that, the strength and heartbeat of any production of "West Side Story" lies in the choreography and the shifting, pulse-quickening dance moves, maneuvers and strengths of its onstage cast. At Richter, choreographer Jimmy Locust takes the plunge into the familiar, testosterone-charged  territory made famous by Jerome Robbins, bringing depth and urgency to the opening "Prologue," the fiery "Dance at the Gym," the poignant "Somewhere" ballet, the spicy "America" and the icy-hot "Cool." 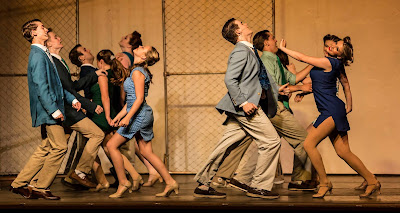 What's especially noticeable about Locust's work is that he's his own person. He's not a copycat. When possible, he offers wonderfully staged glimpses of the musical's original choreography with bits and pieces that are modified for his cast of non-Equity actors, singers and dancers. He connects all the right dots and uses all the right colors. It's a dutiful approach that he exemplifies with brilliant strokes of Bob Fosse and George Balanchine, thus, producing some eclectic moments of macho swagger and turbulence, balletic elegance, touching playfulness, comedic whimsy, sexy spontaneity and street-wise edge and brutality. 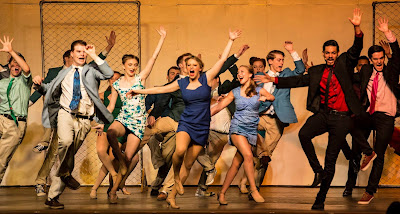 This, of course, is bolstered by the rhythmic, jazzy brilliance of Bernstein's pristine musical score and the eloquent, expressive, poetic beauty of Sondheim's lyrics. At Richter, musical director Zachary Kampler is more than up to the challenge of giving new life to the popular "West Side Story" score. Every showstopper, every song and every production number is rife with imagination, purpose and spirit. The vocally difficult "Quintet" is furiously delivered by the entire cast who never once step out of line, miss a beat, forget a lyric or completely fall flat. That feat alone only heightens Kampler's brilliance as musical director. 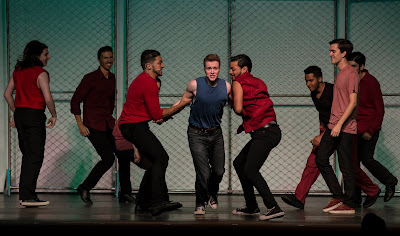 Moreover, this "West Side Story" never feels stuck in a musical time warp of nostalgia. Every song is freshly delivered and performed with genuine ardor, sensitivity, passion, gusto and yearning.  It is also reinforced by a full-bodied cast and creative team who completely understand the material and the tragic, sincere and emotional dimensions built into the show by its creators. 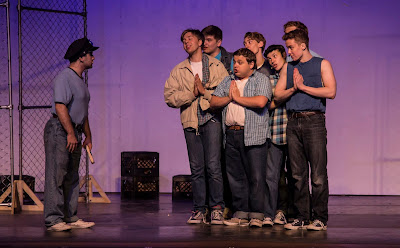 In supporting roles, Nathan Clift is a great fit for Action and the show's big comic lament "Gee, Officer, Krupke." As A-Rab, Jacob Schultz looks and acts as if he time travelled from 1957 to 2017 to perform "West Side Story" on the Richter Stage. Emma Burke-Covitz is tailor-made for the tomboyish, misunderstood Anybodys. Robert Bria brings comic dimension and sparkle to the part of Glad Hand, the nerdy social worker who organizes the dance at the gym. Elizabeth Koennecke is a stunning Velma. Christina Kompar and Teah Renzi are absolutely perfect for their respective roles of Rosalia and Consuelo. Soprano Pam DeHuff's  "Somewhere" solo shudders with joyful emotion during Act II's high-spirited, fantasy ballet of the same name. 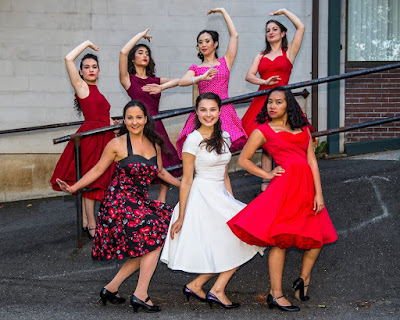 Exciting, poetic, poignant, uplifting and unbelievably sad, "West Side Story" shines and shimmers in the soft moonlit environs of Ritchter Park. Even the lightning bugs came out to celebrate its triumphant return to the musical stage. Really? Yes, really. 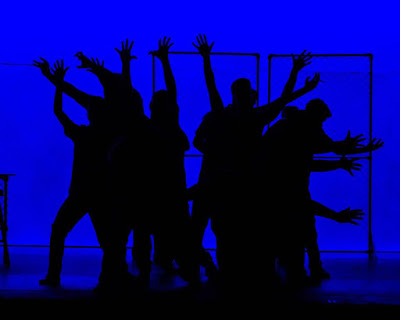 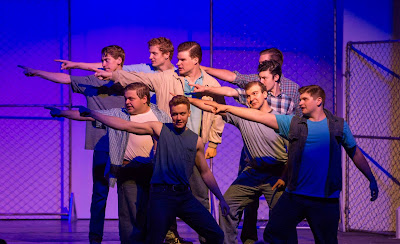 Posted by JimRuocco at 4:13 PM