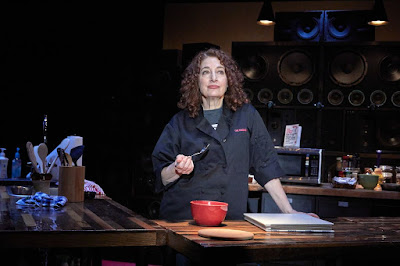 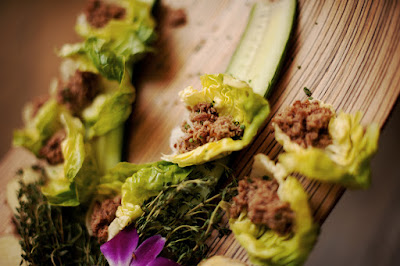 When it comes to food, the amazingly talented Chef Rossi offers quirky, offbeat dishes that are completely edible but uniquely different from your everyday caterer.
Never flat, boring or decidedly bland, these colorful, trendy, wacky and wonderful treats will wet your palate in ways that will leave you not only deliriously happy, but shouting Chef Rossi's name from the rooftops, the back yard, the penthouse, the jacuzzi, the car and even your kitchen sink.
And that, in a nutshell, is exactly what separates Rossi from the rest of the wolves (caterers, if you prefer) out there in la la land. 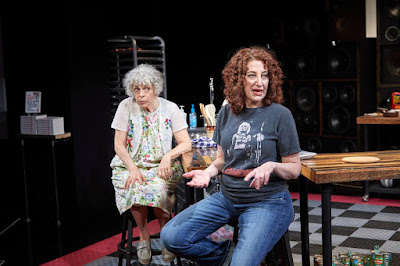 How Rossi became a chef, a lesbian, a free-spirit, a rebel and an anti-caterer of sorts is the subject of Jacques Lamarre's brand new play "Raging Skillet," a quirky, snappy and refreshing soufflé chock full of  recipes, food,  shtick, scrapbooks, one-liners, remembrances, pathos, heart, soul, Jewish guilt and chutzpah. And oh yes, audience participation.
Is it funny?
Most definitely.
Is the food good?
Yes, indeed.
Are you likely to you use Rossi as a caterer?
Of, course.
When should you contact or hire her?
Immediately following the performance of "Raging Skillet" at TheaterWorks. 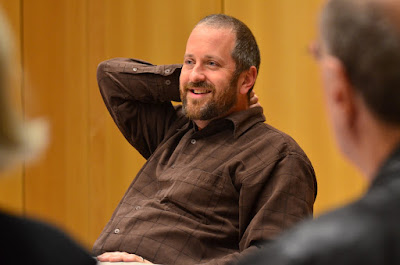 Using Rossi's popular memoir "Raging Skillet" as his lifeline, Lamarre gives his audience a 90-minute comedy that delves head first into her mad and complicated life, offering just enough information to keep the play afloat without any dead weight, abrupt halts or bits and pieces that seem thrown in just for the sake of time without purpose.
He definitely knows how to get a laugh and he definitely know how to deliver them one by one at breakneck speed to the point where you're constantly wiping away the happy tears dripping down your face or slapping yourself silly from laughing so hard. It also helps if you understand the Jewish-Orthodox religion, Yiddish, the Catskills and that nagging sensation that exists between a Jewish mother and her daughter. If you don't, call the rabbi, call the synagogue or call 1-800-YENTE. 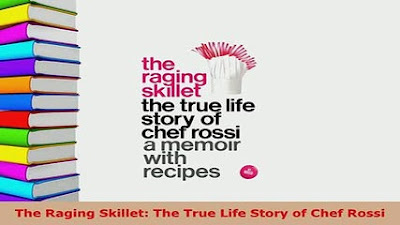 The actual play takes place during the launch of Rossi's "Raging Skillet" book. Throughout the production, the chapter titles of her book are flashed onto both sides of the stage, thus, noting, the passage of time and years. But since the play clocks in at a mere 90 minutes, Lamarre can only tell us so much, which, at times, leaves certain segments rushed, disjointed or uneven. The addition of at least another 20-30 minutes is wisely suggested along with the 2-3 more characters. That, in turn, would give "Raging Skillet" more depth, color, character and resolution. 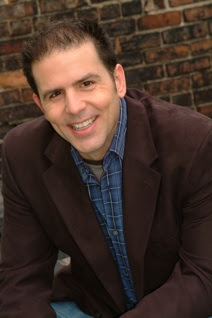 Staging "Raging Skillet" director John Simpkins keeps Rossi's story of interest through choice direction, staging, movement, character interaction and the occasional use of his already excited audience who happily lap up the food that's passed around the theater when the script demands it. He knows where to put the focus, how to get a laugh or tear, how to believably move his cast freely about the stage without any calculation and how to thrust his audience unobtrusively into the proceedings.
Michael Schweikardt's brilliant, fully-functional, superbly crafted kitchen design also heightens the play's momentum as does Julian Evans perfectly-timed sound effects and John Lasiter's crafty lighting. 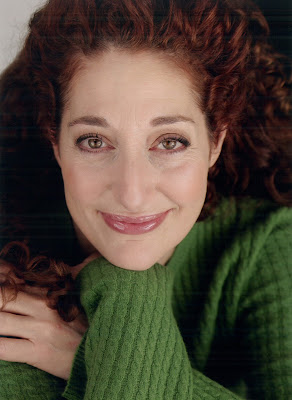 In the pivotal role of Chef Rossi, Dana Smith-Croll is instantly warm, likeable and spirited. She connects immediately with the audience from the moment she appears on stage and often makes them forget that they are watching and listening to an actress and not the real Rossi. In the kitchen, she is "spot on" cajoling about her recipes, cooking them and putting them together. Her many mother-daughter scenes are rife with real emotion and depth. And when she is alone on stage looking through her mother's "book" near the end of the play, your heart just breaks and breaks in ways that it is intended to by the playwright. 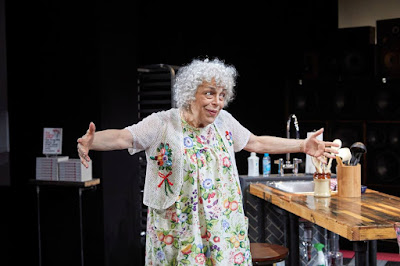 The casting of Marilyn Sokol as Rossi's deceased mom who shows up unexpectedly at the book signing is a stroke of genius. She is brilliant, outstanding, mesmerizing, personable, magical, dynamic and wonderfully vaudevillian. It's the comic performance of the year and one that is fraught with real emotion, depth, honesty and personality. She doesn't just play a part, she owns it in much the same way as Bette Midler owns Dolly Levi in the current Broadway revival. 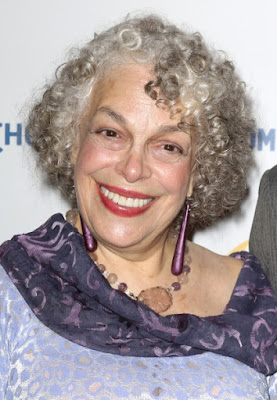 In "Raging Skillet," she is the quintessential overbearing Jewish mother, but without the caricature or expected calculation. Sokol is the real deal. Her facial expressions, her body language, her line delivery, her stage movement and her interaction with the other actors, is spontaneous and "spot on." She is such an amazing actress, you can't take your eyes off her for a moment, for fear you might miss some of the cut-up zaniness, zest and fascination she brings to the role. Hopefully, TheaterWorks will bring her back for another play next season or simply resurrect her one-woman show from yesteryear. 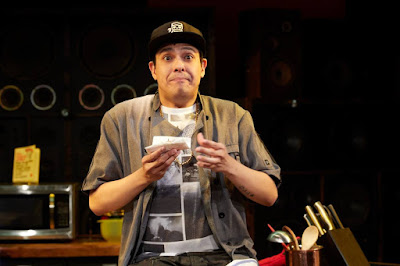 In the role of DJ Skillit,  the very talented George Salazar has the enviable task of playing several characters in Rossi's life, depending on the situation, the moment and the remembrance. It's a feat that he pulls off swimmingly much to the delight of the audience and the other on-stage actors. He's funny, personable, charming, energetic and hammy. His interaction with the audience is absolutely perfect, especially when passing out some of Rossi's delectable treats, ad-libbing or flirting with some of the ancients or blue hairs from West Hartford, Westport and Simsbury. 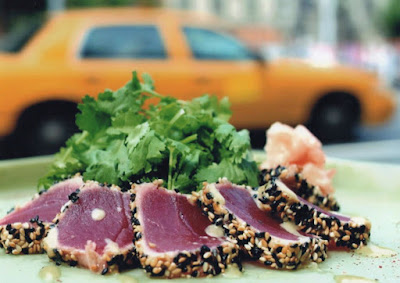 "Raging Skillet" is a witty, insightful and quirky work that sheds interesting light on one of the most fascinating and creative women in the foodie industry today. Her recipe for life....and food itself...is contagious. Enjoy! 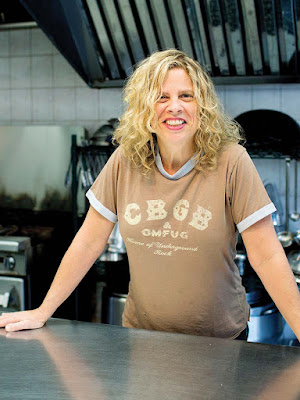 Posted by JimRuocco at 4:11 PM