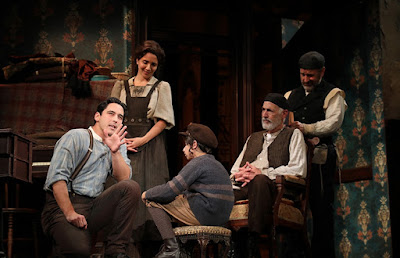 The story of the immigrant, who landed on foreign shores homeless and often clueless, in search of a new and better life, is remarkably told in Goodspeed Musicals' raw and thrilling new revival of "Rags," directed by Rob Ruggiero.
Sensational.
Innovative.
Thrilling.
Passionate.
Heartbreaking. 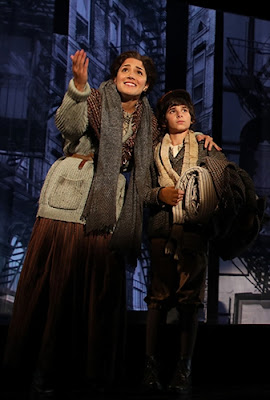 This is the world of "Rags," a character driven musical of extraordinary proportions, dimension and urgency. First performed on Broadway back in 1986 and reincarnated in various reworked versions (1991, 1993, 1999 and as a staged concert in 2006), this edition includes a brand new book by David Thompson (Joseph Stein penned the original book) and several new songs by "Rags" creators Charles Strouse (music) and Stephen Schwartz (music).

Then and now, the story of "Rags" is a familiar one.
Fleeing famine, rising taxes, land and job shortages, religious persecution and prejudice, millions of immigrants came to America in the hopes of starting of new life. A big dream, yes. A great idea, yes and no.
In "Rags," opportunity exists, of course. But, it's also a world where social classes collide (the upper class resents and hates immigrants), different cultures (most noticeably, Jews) and religions are attacked, neighborhoods are threatening and only a select few are invited to partake in a better way of life.
Still, there is hope. Or, so it seems. 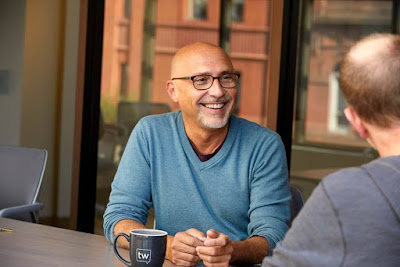 To bring "Rags" to life, Goodspeed Musicals enlisted the immensely talented Rob Ruggiero, who earlier this year, directed and staged the phenomenal "Next to Normal" at TheaterWorks in Hartford. A wise decision, indeed. And one that gives "Rags" its dramatic pulse, its excitement and its timeliness.
First and foremost, Ruggiero, is not one to rest on his laurels. He is always looking for new ways to spark and challenge his theatrical savvy and "Rags" affords him great opportunity to do just that. It is his insight, his knowledge and his understanding of Thompson's new book that lets Ruggiero spin the "Rags" tales into something that is a joy to behold and a joy to watch.
His "Rags" is edgy, real, surprising and not without its share of tears.
Not just tears, but real tears.
Staging "Rags" on the Goodspeed stage, Ruggiero creates a world where everything moves and spins without the slightest calculation. Everything that happens in "Rags" is perfectly in sync with the story, the characters, the plot twists, the surprises, the revelations, the drama, the comedy and the many twists and turns that bring the "Rags" story to its choice, mind-blowing conclusion.

The musical score for "Rags,"  as written by Strouse and Schwartz (lyrics) is very specific. Above all, this is a story about immigrants, as seen through the eyes of various individuals who recount their experiences, both good and bad, while living in a new land, rich in opportunity, or so they believe.

The songs, of course, are designed for musical theater and they serve the story, the characters, the undercurrents and the outcomes particularly well. Nothing is out of place. Nothing is thrown in just or the sake of giving a particular lead or supporting player an extra song or two to sing. Nothing stops the story or its progression dead in its tracks. Everything fits. Everything works. Everything is beautifully layered, textured and nuanced ever so beautifully.

In turn, the "Rags" score and its many, many songs are pungent, proper, melodic, honest and moving. They honor and respect the immigration story. They are chock full of life and feeling. And every single one of them, is played to perfection under the guidance of musical director Michael O' Flaherty and his exceptional Goodspeed Musicals orchestra. 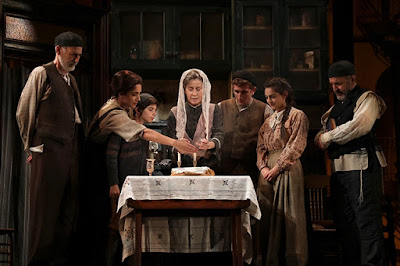 The talented, resourceful ensemble cast for "Rags" includes Samantha Massell (Rebecca), Christian Michael Camporin (David), David Harris (Max), Sean MacLaughlin (Sal), Sara Kapner (Bella),  Adam Heller (Avram), Emily Zacharias (Anna), Mitch Greenberg (Jack), Nathan Salstone (Ben)  and Lori Wilner (Rachel). All ten, are outstanding individually or working opposite one another as one big ensemble. As both singers and actors, they are so very right for the roles they were handpicked to play in the "Rags" story.

"Rags" is an amazing, important American musical that demands to be seen. Its understanding of a very different world other than the one we live in today is fueled with such insouciant energy and truth, the memory of the story itself and the characters who tell it, lingers long after the lights come up and your find your yourself driving home proud, excited and tearful at the events you just witnessed at the Goodpeed. Then, again, that's exactly the point, isn't it? 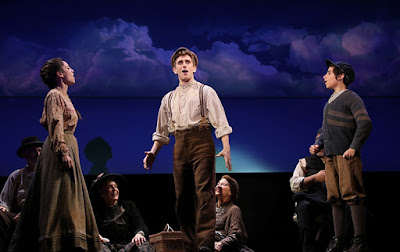