From the Desk of Jim R, Take 2, Column 73, A Cabaret Review: "A Look Back" staring Connor Deane & Julian Decker. (Fairfield Theatre Company/Studio One) 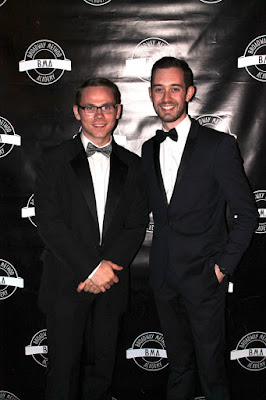 The term musical theater performer with an instinctive ability to sell a song speaks volumes when applied to "A Look Back," a dynamic, innovative showcase of song, spotlighting the talents of twentysomethings Connor Deane and Julian Decker.

In their first cabaret concert at Fairfield Theatre Company's intimate Studio One, their onstage charisma and performance versatility is unrivaled. Sharing stories and anecdotes from their personal lives and careers, they are both humorous, heart-warming and high spirited. In song, their musical segments, together or individually, pulsate with incredible artistry and classic musical raconteur. 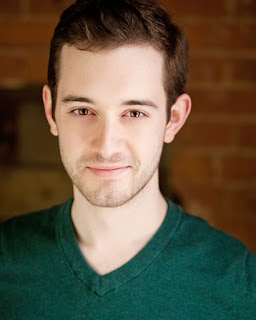 Up close, Connor Deane is a natural entertainer with a buoyant charm and appeal, who, vocally, connects to a song, or in this case a show tune and makes it his very own in a deep, pleasing affectionate way. He's a master craftsman. His approach to song is full of punch and savory attitude. He slides comfortably from solo to duet to ensemble number without missing a beat. And he has great fun riding on the blasts of favorite songs that colorfully shape out his life as a performer. 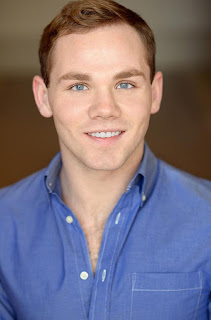 Julian Decker, in turn, is a charismatic artist and performer with remarkable talent, personality and ripe vocal utilization, offset by unbounded enthusiasm, emotional sweep and contagious, oozy charm.
He knows how to sing and he does it ever so naturally, showing us how powerful the human voice is. To his credit, he also makes every word of his song of choice sound like it emanates from a deep place within, which, in a show of this nature, is exactly what you want. His infectious charm and energy lights up whatever he sings.

Deane and Decker jump start "A Look Back" with "Songs From a New World" and "Out There" from "The Hunchback of Notre Dame,"  two stirring songs which they perform quite movingly using splendid orchestrated tones and rhythms and a heightened sensitivity to offset the meaning of each word. It's a powerful opening indeed, positioning the duo front and center for a night of indelible song that illuminates their brilliant, distinctive Broadway-tinged vocalizations.

With "Those Magic Changes" from the Broadway production of "Grease," Deane cuts loose with high-voltage, free abandon and palpably clear phrasing that's as dynamic as Sam Harris who sang the song in the 1994 Broadway revival. "Back to Before" from "Ragtime" proves to be the ideal match for Decker who brings instinct, drama, understanding and guile fuse to this haunting show tune.

"Brothers from Other Mothers," a tart, acerbic original song by Jim Walton takes a cleverly-orchestrated and satiric look at the duo's long-term friendship while poking fun at their brotherly roommate living situation with laughs and jibes coming in all directions much to the delight of Deane and Decker and everyone in the audience. Who knows? There might even be a "Part II" to this hilarious roomie paean somewhere out there. 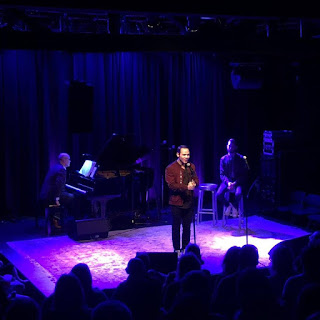 "On the Street Where You Live" from "My Fair Lady" and "Tonight at Eight" from "She Loves Me" are brilliantly performed by Decker with each song showing yet another side and persona to his dynamic, emotionally pleasing vocal range. Deane, in turn, elicits the same praiseworthy response with "Who I'd Be" from "Shrek" and "If I Can't Love Her" from "Beauty and the Beast." The duo reunite for "Cry For Me" and "Oh, What a Night" from "Jersey Boys" which they deliver engagingly and naturally. Here, and elsewhere, one is taken back by their enormous, individual performance skills. They can sing just about anything without any sort of repetition. Their vocal sound and range is unique and real. And they each possess the personality and charisma of actors and singers destined for a long career in concert and cabaret, or in a major leading role on Broadway and London's West End. 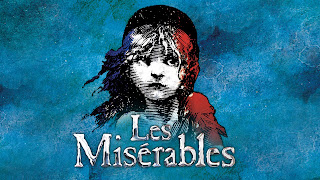 The duo's choice to salute "Les Miserables" through eight to ten minutes of song, is nothing short of epic. Backed by select, vocally-perfect students from the Broadway Method Academy, Deane and Decker  stand proud and tall to deliver impassioned vocals with beautiful melodies and unbridled emotions, rife with collective fury, angst, pain, sentiment and heroic sweep. The songs themselves, which include "Look Down," "I Dreamed a Dream," "Stars," "Who Am I?" "On My Own" and "One Day More" are delivered at glorious high decimals. And, they are just as powerful as those presented by members of the original Broadway and West End productions of "Les Miserables." 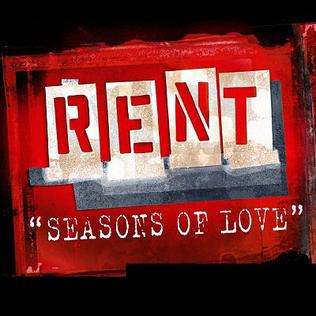 Later, the entire group lines up for one more song, this time from Jonathan Larson's "Rent." Their choice of song, "Seasons of Love" suits their relevant, touching sound with an energetic, pulsating embrace. Again, Deane and Decker vocally reflect the urgency of the moment with an eager, energetic cast of young faces, fulfilling the challenge of this iconic song the way its original musical creator intended. The closing encore, Frank Sinatra's "My Way" furthers that notion. 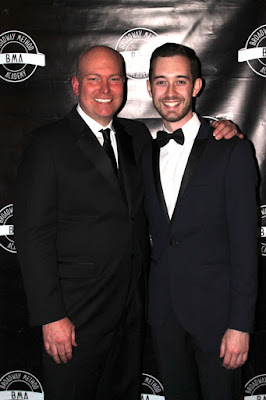 Musical direction for "A Look Back" has fallen into the more than capable hands of J. Scott Handley who has music directed such shows as "Evita," "Grease," "Hairspray," "Spring Awakening," "Urinetown," "Carousel," "Into the Woods" and "Ragtime," among others. Here, he is magic at the piano, guiding Deane and Decker on their musical journey, past and present, with a polished, carefully balanced nightclub/cabaret style that matches and compliments the poise, style, grace and showmanship of his two charming, charismatic leading men.

Handley, who recently served as musical director for Broadway Method Academy's thrilling "Evita," which, incidentally was directed by Deane, plays each of the show's musical numbers with note perfect precision, style and indisputable musicality. What's remarkable here is his fresh perspective toward the carefully chosen Deane/Decker material, which includes popular show tunes from "Rent," "Les Miserables," "Grease," "Jersey Boys" and "My Fair Lady." 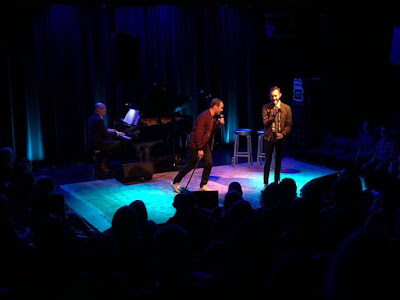 Yes, we know the music, the lyrics, the beats, the pauses, the interplays, the segues and the rhythms. And yes, we know that "A Look Back"  has been rehearsed by Handley and his two performers prior to opening night. But what's remarkable here is the way its all been carried out. It's all very natural, fresh and inspiring. Nothing is taken for granted. Nothing seems out of place or out of sync. If anything, Handley's impeccable musical showmanship keeps "A Look Back" remarkably fresh and focused. That said, it's difficult not to get caught up in Deane and Decker's energy as they sing with touching honesty for their instinctive, demanding, breezy showcase.

"A Look Back" is a wonderful musical celebration of songs, styles, moods and remembrances. Deane and Decker's unquenchable charm, good spirit and excitement, offset by pungent, well-chosen musical numbers are not only completely entertaining, but prove that this duo were born to be onstage together or individually, doing what they love best. In concert, in cabaret, in a musical or in a play, they are a forced to be reckoned with. An encore or two is greatly suggested. 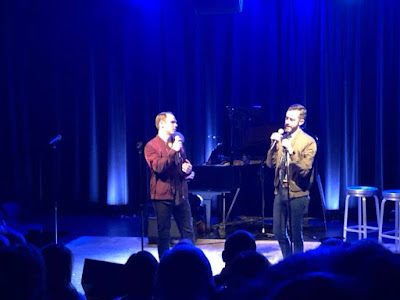 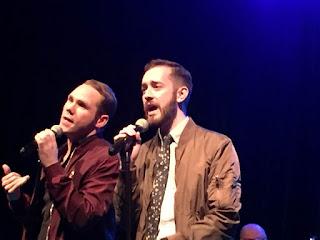 "A Look Back" starring Connor Deane and Julian Decker was staged May 8th at Fairfield Theatre Company (Studio One, 70 Sanford St., Fairfield, CT).