From the Desk of Jim R, Take 2, Column 19: A Review, "Next to Normal" at TheaterWorks Hartford 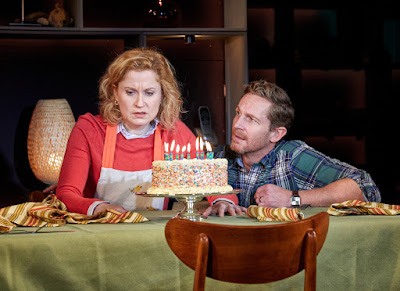 The bipolar disorder of a wife and mother painfully coping with a life that thrusts her back and forth into a mental hell she might, or might not, necessarily escape, is the driving force of Rob Ruggiero's magnificent, emotionally-charged presentation of "Next to Normal," at TheaterWorks in Hartford.  The subject matter, its intensity, its anguish and its pain is so vivid and real, it immediately gets under your skin (and well, it should) in ways that will leave you rattled, frightened, shaken, torn or just crying uncontrollably. 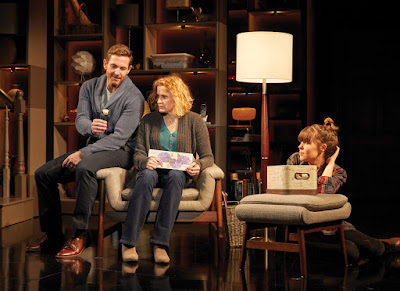 Then again, that's the point of this Tony-award winning musical, which was first performed on Broadway back in 2009. If you don't sob, don't reach for a tissue or don't leave the theater in some form of shaken disarray, you need to visit your medical  practitioner immediately. Really? Yes, really.
Not to worry, though. 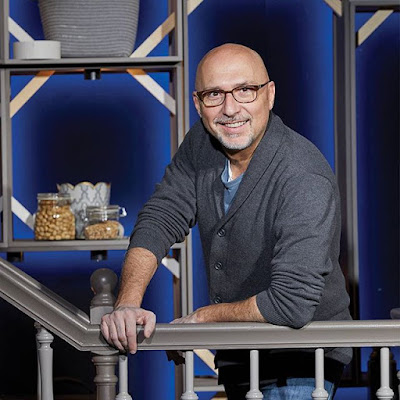 Ruggiero, brilliant auteur, that he is, refuses to let that happen. Instead, he keeps you on the edge of your seat for well over two hours, completely engaged in the pain of his onstage characters, rather than just allowing you to watch them from the outside, looking in. His "Next to Normal" is so up close and personal, you actually forget you're in a theater, watching a show, holding a playbill or counting how many songs there are in each act.
Here, as in other productions he has staged at TheaterWorks and beyond, Ruggiero always knows exactly what buttons to push. He likes actors, he understands them and he lets them experiment and grow until they inhabit and own the parts they are playing. It's a creative process that makes all the difference in the world. 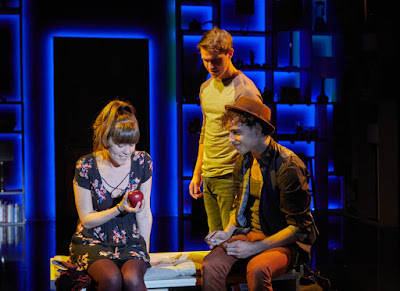 In terms of staging, everything from a spin of the stage, the move of a prop or the turn of a table is important to the telling and progression of the story. Nothing happens without reason. But whether you're an actor on stage or simply a member of the audience, it is happening for the very first time, in real time, despite carefully constructed, unobtrusive stage blocking or movement.
For "Next to Normal," the intimate, edgy environment of TheaterWorks actually complements the production (an intended metaphor, perhaps), which, for the most part, has been staged mostly in larger venues on Broadway, in London or on national tour. Here, actors enter and exit from the audience and often pause to deliver dialogue or sing lyrics from the mind-blowing "Next to Normal" score. This, in, turn, allows the audience to completely connect (think, three-dimensional) with the broken, bruised or surprise emotions of every character and their evolution in the playtext. Not one word or dialogue or vocal is unclear. You hear and experience everything. Sound design by Ed Chapman is absolutely flawless. 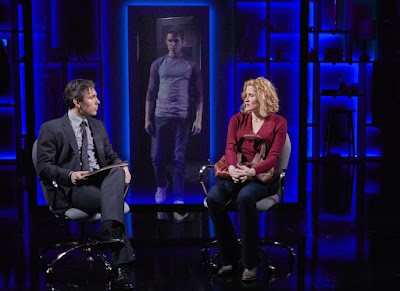 "Next to Normal," which features book and lyrics by Brian Yorkey and music by Tom Kitt, is not your typical feel-good musical. That's a good thing, too. And therein, lies its appeal.
It deals with themes and subjects that adults....and only adults...can truly understand: first love, a marriage slowly unraveling out of control, parental neglect, drug dependency, regret, missed opportunities, escape from reality, boredom in the bedroom, death, favoring one child over another, hiding behind-closed doors, etc. That's not all. About 15 or 20 minutes in, "Next to Normal" delivers a jolting, surprising twist to the proceedings that you didn't see coming, unless you've seen the show before. 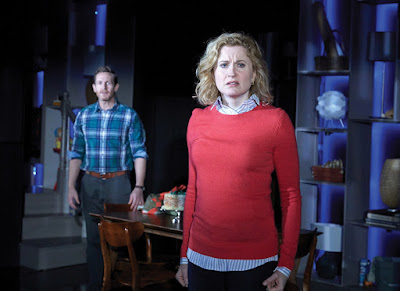 Adam Souza, the musical director for "Next to Normal" at TheaterWorks, allows Yorkey and Kitt's original music and lyrics to intoxicate, hypnotize and seduce his audience by using just the right amount of emotional rigor, snap, sensitivity and operatic force. This is a very intricate, detailed, often mind-blowing theatrical piece of varying rhythms, styles, nuances, beats, vitalities and jagged edges that harken memories of both "Rent" and "Spring Awakening." Its execution, from ballad to duet to choral number or showstopper, allows little room for error. No surprises, here. Souza and his exceptional musical team, create a flawless evening of musical theater that respects and understands the intentions of the show's original team, and unobtrusively adapts to the vocal styles and attitudes of the immensely talented TheatreWorks cast. 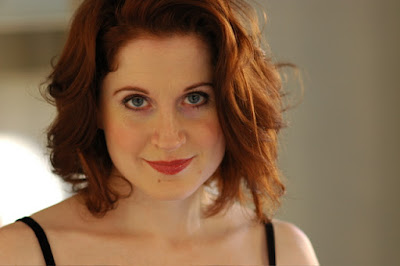 I first fell in love with Christiane Noll's beautiful singing voice the first time I saw her in Frank Wildhorn's "Jekyll & Hyde" at New Haven's Shubert Theatre and subsequently, twice on Broadway at the Plymouth Theatre. That love affair continues with this production, in which, Ms. Noll gives the performance of the season. Or, should I say, the performance of the year.

From the moment she appears on stage as Diana, she immediately projects the image of a married woman and mother, trapped in a real and imagined world rife with anger, sorrow, loss, guilt, tragedy, longing and memory. We feel her pain. We feel her joy. We feel her grief. We feel her yearning. Through dialogue or lyric (her "I Miss the Mountains" is well worthy of a standing ovation), we are with her every step of the way. Yes, Alice Ripley originated the part of Broadway. But Noll's captivating and fractured portrayal of the bipolar Diana is so unbelievably dynamic, maybe, Yorkey did envision the former "Jekyll & Hyde" actress in the role before it sprang to life on Broadway. 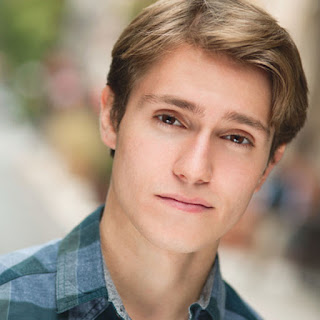 As Gabe, the boyishly-charming teenaged son who is both an imagined angel/lost child and demon to his mother Diana, John Cardoza  is wonderfully charismatic, forceful, dizzying and edgy. He plays the part with proper dash, charm, angst and confusion. His voice is solid, beautiful and commanding. When he sings, he pays close attention to the lyrics and communicates them effortlessly. And his show stopping interpretation of "I'm Alive" is exactly that. 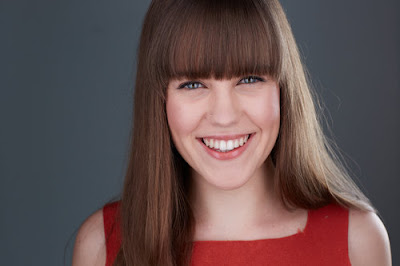 The beautiful, beguiling Maya Keleher, cast in the role of Natalie, the fragile young teenager who often feels that she is invisible to her mother Diana, offers a genuine, thought-provoking performance that is so honest, so raw and so real, you can't take your eyes off her for a moment. Her singing voice is absolutely perfect.

The very talented and personable David Harris has an amazing singing voice and presence as Dan, the husband of Diana who has stood by, supported and loved this woman through the years, hoping one day his wife's pain, would completely disappear. He and Noll are ideally matched for musical theater of this caliber. Alone or together, their singing voices reflect pitch-perfect brilliance.

The electrifying honesty and unnerving edginess of Rob Ruggiero's kinetic direction, offset by the rich, emotional, raw performances of the six-member cast, make "Next to Normal" the must-see production of the 2017 theater season. I, for one, can't wait to see it again. 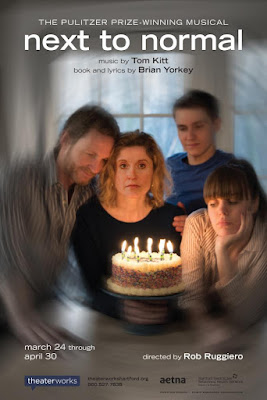