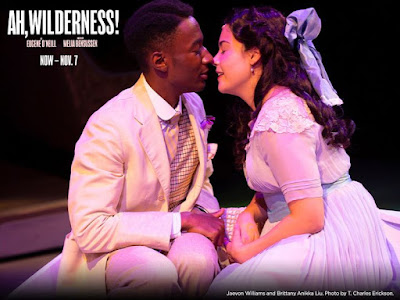 In 2020, the pandemic put the kibosh on Hartford Stage's long-waited revival of Eugene O'Neill's rarely-performed comedy "Ah, Wilderness!" and Meila Bensussen's directorial debut at the theater, her very first production since succeeding Darko Tresnjak as Artistic Director, a role she assumed in June, 2019.

Eighteen months later, O'Neill's play of joy, melancholy and family conflict -  originally produced on Broadway in October, 1933 at the Guild Theatre with George M. Cohan, Adelaide Bean, Eda Heinemann and Elisha Cook, Jr., in principal roles - arrives at the downtown-Hartford with Bensussen in the directorial chair surrounded by an exceptionally talented team of actors and design staff that give "Ah, Wilderness!" a justified, balanced potential that allows it to breathe and resonate and unfold at a steady giddyap that serves the material especially well.

The emotional reality of the piece, lathered by O'Neill's absorbed, compassionate glimpse of American middle-class life gives Bensussen and company a honed and steady blueprint of early 20th century life  that is concrete, jovial, pleasing and front-face forward. 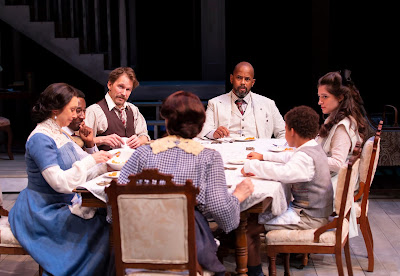 The idea for "Ah, Wilderness!" came to the playwright while he visited his boyhood home in New London, Connecticut - Monte Cristo Cottage - right before the Fourth of July festivities of 1932. Envisioned as a full-length memory play, set during New London's 1906 celebration of Independence Day, O'Neill crafted a moving family portrait, loosely based, in part, on his own family life, offset by a cynical veneer and verbatim, which, depending on the moment or scene, moved from nostalgic and wishful sentiment to candid and frank conversation about a time, place and people that he believed no longer existed.
At Hartford Stage, the struggles, psychologies, emotions, dilemmas, observations and truths of these characters are front and center, all universalized in their depiction and presentation, a relished and enlivened conceit that gives thrust and animation to their particular, but very different stories.
There are manners and codes. There are pleasures, discoveries and romantic love. There are observations and pronouncements. There are social philosophies, conventions and traditions. There are jokes about Henrik Ibsen, Oscar Wilde, George Bernard Shaw, Emma Goldman and "The Rubaiyat of Omar Khayyam." There are amusing references about New Haven and Waterbury, Connecticut that today, no longer exist. There's also a sense bluster, bullying and anarchy. 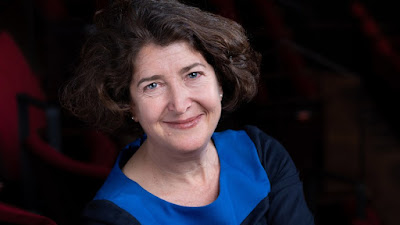 Making her eagerly, anticipated directorial debut at Hartford Stage Melia Bensussen imbues "Ah, Wilderness!" with a lyrical, often poignant take which is certainly the plus side of this particularly touching production. Executed with a definitive pulse and rapture, O'Neill's portrait of the Miller family of Connecticut is lovingly addressed by the director who not only gets to the core of the playwright's talky, involved play text, but allows the piece to flow seamlessly from scene to scene and on to the next with the truth, conviction and domesticity intended by the playwright.

As evidenced in "Long Day's Journey Into Night," "A Moon For the Misbegotten" and "Anna Christie," among others, this is yet another play where you must listen to every line of dialogue in order to fully appreciate the story, its development, its progression and its finality at the end of Act II. Attention, focus and development is so important here, if you turn away for a moment, get distracted or allow your mind to wander for a second or two, you may miss something pivotal to the telling, which is something Bensussen works hard to alleviate throughout. At the same time, nothing is ever rushed or hurried. Here, she allows the material to charm, pause, tilt and entice. Everything is smartly rehearsed, staged and performed with such a real sense of involvement, the play's two hour running time flies by with nary a hiccup, halt or hesitation.
There are laughs, of course, but remember, this is Eugene O'Neill. That said, Bensussen's choice of subdued humor is both fun and appropriate, giving his idealistic paean to yesteryear a comic smartness that is nicely underscored and addressed.
Another plus for this staging of "Ah, Wilderness!" is Bensussen's implementation of vintage period background music and song (pretty much everyone in the cast sings on cue and in perfect harmony)  during scene changes, furniture and set placement, costume changes, lighting cues and sound cues. It's a creative process that works most advantageously and gives the production a colorful, atmospheric pop-up postcard look and feel that's backed by a first-class design team consisting of Jim Noone (scenic design), Wen-Lin Liao (lighting design), Olivera Gajic (costume design), Yan Li (pianist and musical director) and Rob Milburn/Micha Bodeen (sound design). Working alongside Bensussen, their creative contributions are clear, affecting and expertly executed. 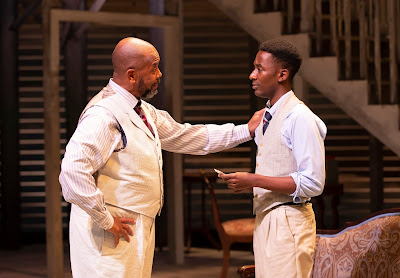 Casting wise, this ensemble group of thirteen are exactly right for the particular characters they are asked to portray. Under Bensussen's tutelage, they get O'Neill. They understand O'Neill. They appreciate O'Neill. They also work together as a team of storytellers and actors gathered together to embrace the material and its profound observations and thus, bring it to life seamlessly and move the action forward toward its heartfelt, justifiable conclusion.

A visually stunning production balanced by stirring performances and intimate, heart-warming direction, "Ah, Wilderness!," Eugene O'Neill's semi-autobiographical memory play, sets the stage for yet another diverse season of theatergoing at Hartford Stage. It is passionate. It is driven. It is playful. It is nostalgic. It is heartwarming. It is optimistic.
It also showcases the playwright in a very different light, but nonetheless, is it one that reveals a charming, energized scrapbook of ideas and thoughts that are very close to O'Neill's heart and, as this incarnation dictates, will live on forever. 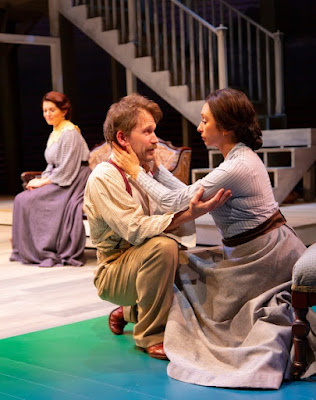 Posted by JimRuocco at 9:30 PM