From the Desk of Jim R, Take 2, Column 287, A Review: "Falsettoland" (Music Theatre of Connecticut) 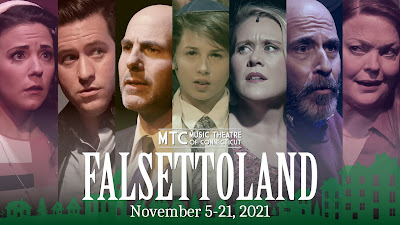 Thirty-one years since its original premiere "Falsettoland" can still be experienced with the same reverence and appreciation it once had when it debuted off-Broadway in 1990 at Playwright Horizons Theatre on West 42nd Street.

It is the third in a trio of one-act musicals created by James Lapine and William Finn, continuing the groundwork of the first two stories - "In Trousers" and "March of the Falsettos." The subject matter - the AIDS crisis, homosexuality, lesbianism, marriage, divorce, therapy, conflict, Judaism, bar mitzvahs, familial dysfunction, coming-of-age, death, gay identity - is addressed with confidence, truthfulness and compassion by Lapine (he wrote the book) and lends itself nicely to the musical blueprint envisioned by Finn with a lyrical cleverness and caffeinated determination that demands immediate attention. 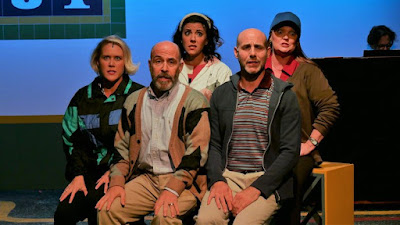 In this go-round, young Jason is preparing for his bar mitzvah, which is being put together by his divorced parents, Marvin and Trina. Meanwhile, Marvin's lover Whizzer falls ill with AIDS and begins treatment in a local hospital, where he is surrounded by friends and family including Charlotte and Cordelia, referred to in the musical "as the lesbians from next door."
As "Falsettoland" evolves, Jason is undecided about the bar mitzvah and is given the option to cancel the event. Once it becomes known that Whizzer is going to die, Jason has a change of heart and the ceremony is held at the hospital, much to the delight of everyone involved including Mendel, the family psychiatrist and boyfriend of Jason's mother Trina. 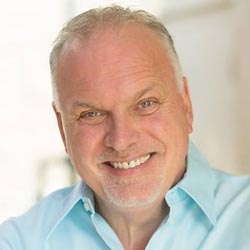 In less-skilled hands, this plotline could be somewhat problematic. But at MTC, it is exhilaratingly set in motion by Kevin Connors whose directorial credits at the Norwalk-based venue include "Cat on a Hot Tin Roof," "Cabaret," "Ragtime," "Evita," "Next to Normal," "Gypsy" and "Master Class." Here, Connors' love for musical storytelling achieves a greatness that is effective, exclusive, complex and creative. He takes hold of Lapine's script, finds its emotional centeredness and lets it fly, breathe and resonate. Scene by scene and song by song, there is real power here. At times, the emotional punch is so visibly vibrant, it's impossible to look away for a moment.

As "Falsettoland" takes shape, Connors leaves no stone unturned. Given the demands of the playtext and the intricacy of the music, he brings a decided freshness to the subject matter that is upbeat and remarkable in terms of execution, design, staging and performance. The closeness of actor to audience is especially important here in order for the story to hit home and deliver and Connors creates a one-on-one kinship that fuels "Falsettoland" and thrusts its forward with the compassion, depth and irony envisioned by the musical's creators. 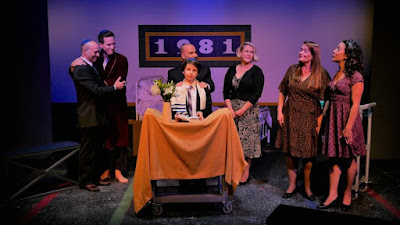 The "Falsettoland" score - a thing of beauty, scope and musical theatre lyricism - has been written by William Finn (music and lyrics). It is powerful stuff, fueled by wit, imagination and commitment, blending excitement and melody with apparent thrust, refinement, detail and bursts of passion and tenderness. Told over two acts, the production contains 20 musical numbers, all of which are designed to move the story forward and provide necessary insight and development for the characters who sing them. They are: "Falsettoland," "About Time," "Year of the Child," "Miracle of Judaism," "The Baseball Game," "A Day in Falsettoland," "The Fight," "Everyone Hates His Parents," "What More Can I Say," "Something Bad Is Happening," "More Racquetball," "Holding to the Ground," "Days Like This," "Cancelling the Bar Mitzvah," "Unlikely Lovers," "Another Miracle of Judaism," "Something Bad Is Happening (reprise)," "You Gotta Die Sometime," "Jason's Bar Mitzvah" and "What Would I Do?"

As orchestrated by Finn," "Falsettoland" is a chamber musical of sorts with ballads, cannons, duets, recitations and melodic abstractions designed for a sophisticated audience weaned on weighty, intelligent musicals that have plenty to say and say it well. It is wonderfully expressive, rhapsodic writing, replete with textures, elements and themes that unfold with a crisp, tripping soundscape of assured abandon, thrust and powerfully moving scope and originality.

For MTC, David John Madone serves at musical director. Among his credits: "On the Twentieth Century" for Goodspeed Musicals, "Sweet Charity" at Barrington Stage" and "The Sound of Music" and "Smokey Joe's Cafe" at Sacramento Music Circus. Here, he sets "Falsettoland" in motion with a thrilling musicality that has an in-your-face effect and distinction, aided by a love of the actual material, its intended purpose and story arc evolution. It's a collaboration between musician and actor that is flawless and expressive and shaped with an aura of involvement and intimacy, rife with power, love, tenderness and essential lamenting. There's also a Sondheim-esque quality to the music, which is meant as the highest compliment possible. 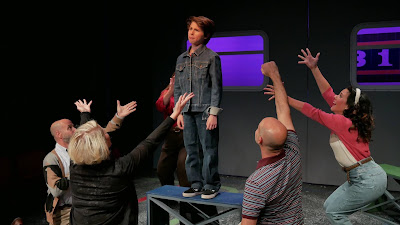 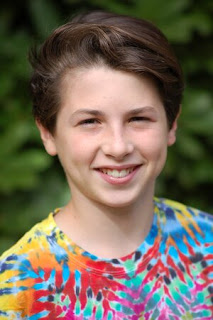 Making his MTC debut with "Falsettoland," Ari Skylar, as Jason, is one of those young artists you can't help but notice and watch attentively whenever he's on stage. It's not that he sets out to steal the show from the otherwise adult cast, it's just that he's so absolutely dynamic in the part and it shows. Performance wise, he's smart, savvy, natural and to quote the two women seated behind me "absolutely adorable." It's a performance like no other and one that is layered with the angst, emotion and hurt of a young man caught in between the crossfire of his divorced parents. Vocally, he's as polished as Ian Tucker who originated the role of Gavroche in the 1985 London staging of "Les Miserables" and Liam Vincent Hutt who played the title character in the 2019 production of "Billy Elliott" at Goodspeed Musicals. Skyler's real-life dad Dan, cast in the role of Jason's father Marvin, delivers a flat-out emotional portrayal that impresses, both acting wise and vocally. It's a raw, truthful character portrait, rendered with just the right layers of charm, attitude, vulnerability and personality.
Everyone else in the cast is also in fine form in terms of character, presence, style, commitment and emotional thrust. They too share a love and appreciation for the material, the story, the music and its indelible sound and execution. 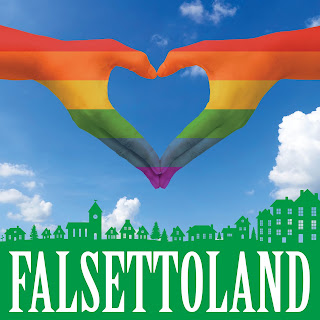 One of the best musicals of the 2021 professional regional theatre season, "Falsettoland" is deeply admired for its bravery, its delicateness, its fluidity and its technique. Powered by Kevin Connors focused, impassioned direction, it is staged with an accomplished flair and pulse, seamlessly intertwined with David John Madone's extraordinary musical direction. The cast - every single one of them - invest the production with the heartbreak, vulnerability and fascination it requires along with an accomplished song style that is absolutely extraordinary on every level imaginable. So much so, that when it all ends, you wish there was a "replay" button available so you could watch this "Falsettoland" again and again.

"Falsettoland" was staged at Music Theatre of Connecticut (509 Westport Ave., Norwalk, CT) from November 5 through 21, 2021.
For tickets or more information to upcoming productions, call (203) 454-3883.
website: musictheatreofct.comr
Posted by JimRuocco at 8:16 AM