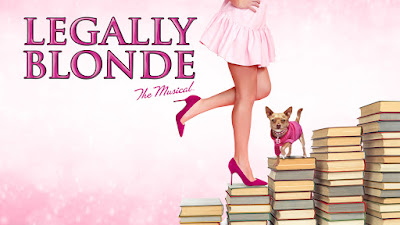 The big gay kiss has been scrapped.
Paulette's dog has been pink slipped.
The Act II  "Scene of the Crime" courtroom sequence has been slightly altered and no longer includes the pivotal shower reenactment.
And the pink goo and candy gloss nausea of previous "Legally Blonde" incarnations that sent certain audience members off to the ER with a severe case of sugar shock has been given the "All Clear."

Nonetheless, the two-act musical still works its charm in all its pop-kitsch glory.
It is fun. It is outrageous. It is cute. It is pink. It is off the charts.
It is also not believable for a single second.

Does one care? Absolutely, not.

The latest incarnation of "Legally Blonde," now on view, at the Downtown Cabaret Theatre, is one of the best musical interpretations of the popular Broadway smash to play Connecticut in the last two years or so. The roles originated on Broadway by Laura Bell Bundy, Christian Borle, Orfeh, Michael Rupert, Richard H. Blake, Kate Shindle and Andy Karl, now belong to an entirely different group of actors. But the "Omigod" effect that put "Legally Blonde" on the map in the first place remains in all its glory.

Only this time, you don't have to inject insulin into your blood stream between the songs, the dances, the one-liners, the sorority girl craziness, the sub plots, the romantic whimsy and the pink goo.

This "Legally Blonde" marches to a different drumbeat all together.

He's a major directorial talent of the highest order and one that Downtown Cabaret is lucky to have on their newly minted theatrical leader board. 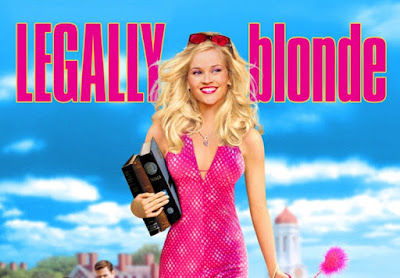 "Legally Blonde" takes its cue from the popular 2001 movie that starred Reese Witherspoon, Luke Wilson, Jennifer Coolidge, Selma Blair and Matthew Davis. The story, rewritten for the stage by Heather Hach, is pretty much the same. It tells the over-cute, whimsical tale of fresh-faced Elle Woods, a California sorority girl and fashion major who enrolls in Harvard Law School for two reasons. One, to prove to everyone that she has the chutzpah to accomplish this outrageous goal. Two, to win back her preppy, handsome ex-boyfriend Warner Huntington III.

Staging "Legally Blonde," Goldstein smartly abandons the candy coating that often devoured or sank the Broadway musical. The pink gloss still pops up, on occasion, but Goldstein, anxious to make his mark, grounds the musical in a determined, quasi-reality that keeps the story on its toes, front and center, never looking back. It's a creative process that is used to breezy effect throughout the two-act musical and one that keeps things in perspective.

"Legally Blonde" comes gift wrapped with a cute, serviceable, plot advancing musical score of 22 songs by Neil Benjamin and Laurence O'Keefe that includes "Omigod You Guys," "Serious," "What You Want," "Ireland," "Chip On My Shoulder," "Bend and Snap" and "Find My Way." Since there is absolutely no live orchestra to speak of, the entire show is akin to prerecorded music that has Goldstein doubling as both music director and traffic cop. Daunting, yes. Crazy, yes, Unheard of, yes. Risky, yes. 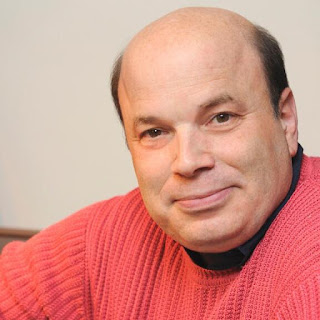 The good news is that Goldstein, clever auteur that he is, can work miracles. So much so, the musical side of "Legally Blonde" unfolds without a bump, glitch,  missed cue or hesitation. The entire cast, from leads to supporting cast members are 100 percent in sync with this otherwise odd and scary  process (no live band, that is) and never once let their guard down for a single millisecond. They tackle every single song like true professionals and offer some of the most thrilling, pleasant-sounding vocals ever to come out of Downtown Cabaret. The sound quality of "Legally Blonde" (sound design by Chris Gensur) is absolutely superior in every imaginable way possible.

The high-octane choreography for "Legally Blonde" has been impressively designed by Argentine-born  Gustavo Wans. It is energetic, campy, syrupy-sweet and enjoyably over the top. Remember, this isn't "42nd Street," "A Chorus Line" or "Chicago." This is "Legally Blonde" So sticky-gooey, crazy-giddy and gumdrop-fruity is perfectly acceptable because it adheres to the bubbly story concept set forth by the show's creators. The choreographer also makes great use of the Delta Nu sorority sisters who double as the Greek chorus in Elle's mind and cut loose with some frenzied, wild moves that showcase Wans' choreographic vibrancy.

Standout musical dance numbers include "Bend and Snap," "Whipped Into Shape," ''Omigod You Guys" and Find My Way." 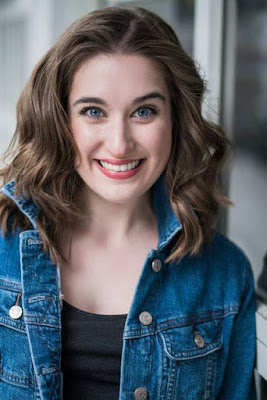 "Legally Blonde" casts effervescent Monica Charline Brown as the irrepressible Elle Woods. An actress of comparable strength, determination, poise and personality, her characterization is never  prom-queen Barbie, sorority girl Barbie or Malibu Barbie. Her Elle means business. She is a force to be reckoned with. Get in her way and she'll snap you in half. Vocally, she is passionate, caring and marvelously melodic. There's a real understanding and appreciation for the collation of songs her character sings. The music suits her talents and really does create an energetic, harmonious whole.

Every one of these cast members is perfectly right for their respective roles. Their acting, singing, dancing and line delivery is exceptional in every way. All of them bring so much more to "Legally Blonde" than what's indicated in the play script.

"Legally Blonde" is the first of four musicals to be performed at Downtown Cabaret during its new 2018-2019 season. Waiting in the wings are "Annie," "Sister Act" and "The Full Monty."

Despite its playful, bubble-headed absurdity, "Legally Blonde" gets a passing grade of A+ for its zany comic hijinks, its perky romanticism, its sufficient musicality, its zesty choreography and direction, its splendid visuals, its incredibly fast scene changes and its exuberant cast, many of whom are making their Downtown Cabaret Theatre debut. And oh yes, let's not forget the chihuahua. A true canine star in the making. 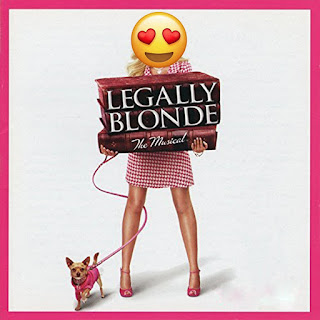 Posted by JimRuocco at 2:11 PM