From the Desk of Jim R, Take 2, Column 149, A Review: "Beautiful: The Carole King Musical" (The Bushnell) 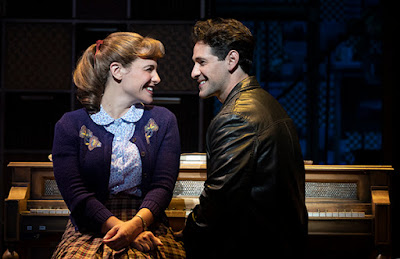 It's true.
You can go home again.
In "Beautiful: The Carole King Musical," fans of the popular singer-songwriter anxious for a replay of her greatest hits get that and so much more in this glorious, snappy Broadway musical that celebrates her showbiz ladder climb to the top in much the same way as "Jersey Boys" did for Frankie Valli and the Four Seasons.

This is one of those feel-good jukebox musicals that dreams big, celebrates pop royalty in grand, traditional style and finds the catchiest songs to replay and replay much to the delight of everyone on stage and in the audience.

"One Fine Day"
"Will You Still Love Me Tomorrow."
"Some Kind of Wonderful."
"Beautiful."
"You've Got a Friend."
The list goes on and on. 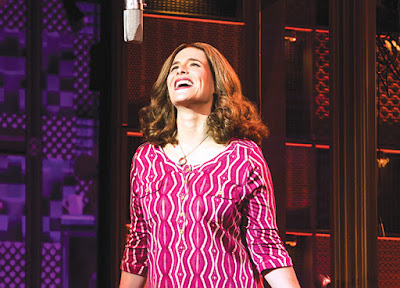 What's especially gratifying about this national touring production is its buoyant and breezy packaging. Even better, its got a sharp, fast-paced book by Douglas McGrath that is fun, cheeky, personable and very intimate.
A chronological biography of sorts, fascinatingly told, using bits and pieces of King's real life and those around her, including her stormy relationship with husband Gerry Goffin and her work relationship/friendship with award-winning songwriting duo Barry Mann and Cynthia Weil, "Beautiful" possesses a gritty honesty, warmth and shine that serves the material well. It's not all lollipops and roses as it sings and dances through the years. And that's a good thing. Instead, it's pretty much straightforward without any hiccups, overkill or melodrama.

Staging "Beautiful," director Mark Bruni adapts a fast, fluid, cinematic style that delivers its emotional wallop...and then some. Technically and directorially, this is a very well-thought out show that knows what it is, where it is going, when to pause and take a breath, when to freeze frame an important moment, how to mix dialogue with song and dance unobtrusively and how to signal the passage of time convincingly without any fancy tricks, dumbness or obvious cliches.

Musically, "Beautiful" comes gift wrapped with a list of wonderful songs and "Billboard" hits that offer a melancholy meander into yesteryear. All of them are performed with exceptional flair, naturalness and pop-happy assurance. They include "One Fine Day," "So Far Away," "On Broadway," "The Locomotion," "Walking in the Rain," "(You Make Me Feel Like) A Natural Woman," "Beautiful," "Will You Still Love Me Tomorrow" and  "He's Sure the Boy I Love." 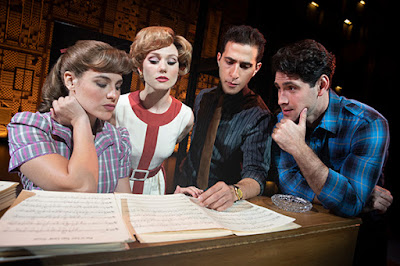 Musical direction is provided by Susan Draus who takes her cue from Gerry Goffin, Carole King, Barry Mann and Cynthia Weil (words and music), Steve Sidwell (orchestrations, vocal and music arrangements) and Jason Howland (music supervision and additional music arrangements). As shaped and dictated by Draus, the show's varying musical sounds are upbeat, melodic, jukebox driven and the perfect fit for "Beautiful's" journey down memory lane. Like "Jersey Boys," everything is strategically placed for story purposes and used for dramatic effect to thrust the story forward, heighten character interaction and provide the necessary personal growth and spirit of the central characters as time marches forward. Nothing is thrown in just to give a lead or supporting character an extra song or two to sing. And never once does "Beautiful" drift into the unwanted territory of a tribute show. You'll find none of that here.

Draus and her 12-piece orchestral team, which includes Aaron Benham, Larry Steppler, Oscar Bautista and several local musicians, are at the top of their game. No one misses a beat. Things snap, crackle and pop in true Broadway fashion. Every one of the musical numbers reflects the tension, angst, heartache, sentiment, sweetness and rise to the top conceit set forth by the show's creators. All of the music is delivered with high fidelity pulse and rhythm indicative of the period itself, its musical evolution, its novelty numbers and its chart busters. It's also full of heart, soul and humanity and it's completely respectful of the sights and sounds of its originators. 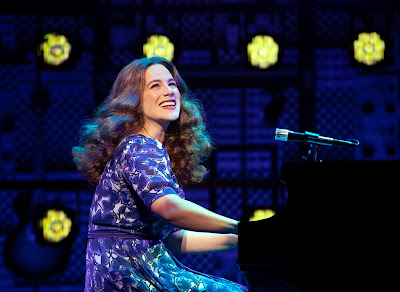 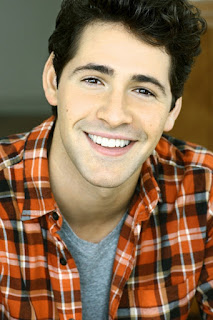 In a brilliant, showstopping performance that will soon be on display at Broadway's Sondheim Theatre from April 9 thru May 5, Sarah Bockel's refreshing portrayal of Carole King unfolds with confidence, humility, passion and personality. Her connection to the character and her eventual emotional growth from scene to scene and act to act is natural, distinctive and tender-hearted. Her vocals are absolutely sensational as is her pitch-perfect song style, spirit and individuality, which lovingly reflects King's era-defining sound and complexity ever-so-beautifully.
Whatever she sings, the power of her voice reflects the true meaning of the piece, its varying emotions and contained musicality. Watching her come alive and revel in the spectacle that is "Beautiful" is well worth the price of admission. She also sheds real tears, not acted tears, but real ones that flow gently down her cheeks during certain musical moments. Amazing. Oh, yes.

As King's unstable, insecure young husband and songwriting partner Gerry Goffin, Dylan S. Wallach is boyishly cute, sexy and charismatic in typical Broadway fashion. That said, he offers a multi-dimensional performance that's executed with real purpose and snap devoid of anything one-note or cliche. From start to finish, it's a full-bodied part that the actor tackles with just the right amount of drive, pathos, sentiment and heart.
Vocally, the actor is dynamic and perfectly in sync with the music, beat and song style of the 50's and 60's. He also clicks with Bockel as actor, scene partner and character.You really do believe they are a married couple. And when things start to fall apart in their marriage and they eventually go their separate ways, it hits you hard, real hard. 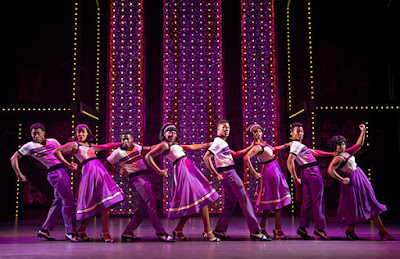 Slick, witty and invigorating, "Beautiful: The Carole King Musical" is not only a showcase for the catchy music of Carole King, and others, but a big. grand Broadway musical with a nostalgic story that is both heartfelt and personal. The music is thrilling. The direction is slick and driven. The cast is expertly channeled and excited by the pulse-racing material The creative team never once makes a false move. Technically, the show is absolutely gorgeous to look at on the big Bushnell stage. And when it all ends following a rousing, sweet-sounding finale, led by Bockel and her exceptionally talented cast mates, you'll not only embrace it, but like most people in the audience, you'll probably want to see it again. 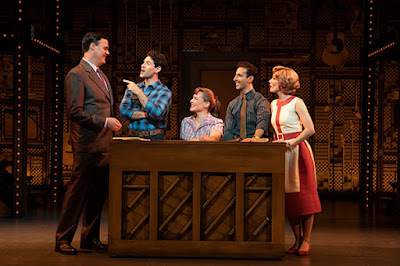 Photos of "Beautiful: The Carol King Musical" by Joan Marcus