From the Desk of Jim R, Take 2, Column 16: "The Diary of Anne Frank" at the Thomaston Opera House (preview) 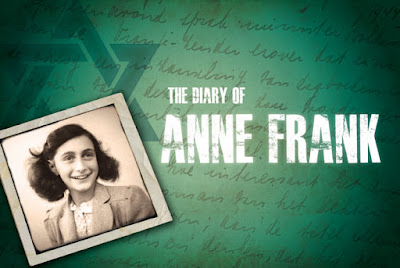 Young Anne Frank was a Jewish girl who was forced to go into hiding during World War II to escape imprisonment and death from the Nazi regime. Together, with seven others, including her parents Otto and Edith Frank, she lived more than two years in "a secret annex" at  Prinsengracht 263 in Amsterdam.
The story, as told through the inspiring words from her world-famous diary, which she wrote while in hiding, is the basis for "The Diary of Anne Frank," the award-winning Broadway play that retraces Anne's life and those around her prior to being discovered and deported to the Nazi concentration camps. 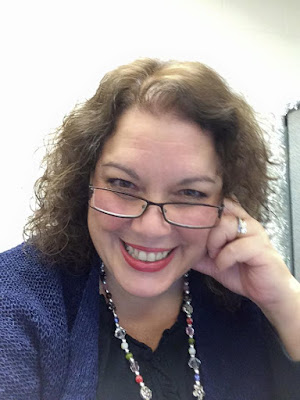 In Thomaston, the two-act drama is being revived by Landmark Community Theatre, a local theater  group that stages its productions at the historic Thomaston Opera House.
To bring Anne Frank's story to life, the theater has chosen actress/director Lucia DeFilippis Dressel to recreate the fraught, claustrophobic atmosphere of "the hiding place" and the many stories and events that were witnessed and recorded by the wide-eyed, teenaged writer named Anne.
When asked to direct "The Diary of Anne Frank," Dressel immediately accepted the challenge. "There was no hesitation," she recalls. "As a student, I was always riveted by WWII facts. As a teacher, I shaped my curriculum each year to include an intensive unit on the Holocaust, often in conjunction with Elie Weisel's novel, "Night.'
"I have also taken students to the Jewish Heritage museum in NYC, and have hosted Holocaust survivor guest speakers. It has become a mission to share the story of the 12 million victims who died during the Holocaust and to teach future generations about tolerance. Plus, as a director, I never turn away from a good drama." 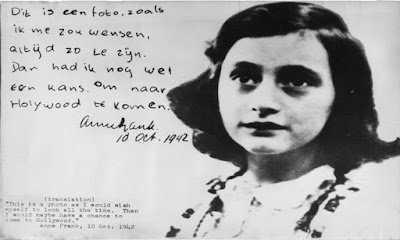 "The Diary of Anne Frank" was first performed on Broadway in 1955, using a play script written by Frances Goodrich and Albert Hackett. Landmark's production, utilizes the play text from the 1997 Broadway revival, which was a complete revision of the Goodrich/Hackett script, adapted by Wendy Kesselman. 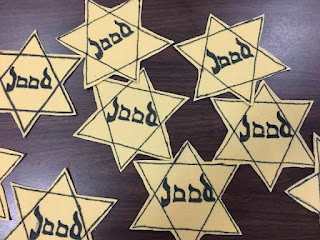 "The play is very well-written, and for that I am extremely grateful to the playwrights," explains Dressel. "They have chosen perfect passages from Anne's diary, and the characters are vivid and dynamic. Its message of tolerance, peace, heroism, and the fortitude of the human spirit is beautifully conveyed."
In the rehearsal room, there's a lot of hard, detailed work to be done. Given the material, the story, the characters, the relationships, the interactions, the varying themes, the timelines and the emotional sweep of its frightening ending, staging "The Diary of Anne Frank" can be especially daunting. But not for Dressel.
Behind-the-scenes, she is a professional, caring, understanding dynamo, who has created a very constructive and productive atmosphere since the night of the first rehearsal. "On our first night together, I gave each cast member a copy of  'The Diary of Anne Frank' and asked them to read it as research," she recalls. "I treat every script as if it is a piece of literature. And as an ensemble, we explore the characters, the plots, the transitions, the ebbs and flows of the script, while always remembering that we are portraying everyday people who were thrust into extraordinarily horrific experiences. 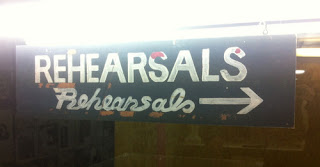 "We also work very hard at rehearsals on the nuances of movement, voice, and expression and laugh a lot (something I insist on when doing drama) so that the cast is trusting of each other."
During one of the play's earliest rehearsals, the cast enjoyed a three-hour dinner at a local restaurant. They also converse daily on "Facebook" or "take the time" to enjoy snacks, dinners and daily conversation during rehearsals or breaks.
"Each actor also had to come into a set rehearsal with researched information about his/her character, and share the information with the group," Dressel reveals. "There is also a lot of crying and deep feelings that will become more pronounced as we begin to run larger segments of the show." 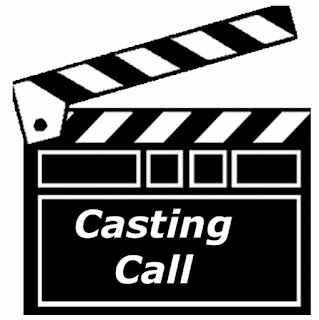 Who to cast? Who not to cast?
Per Dressel, not as easy task, by a long shot.

"Casting is always difficult in that you hate to disappoint people, especially the many lovely young girls who tried out for Anne.  However, when the actor fits the part, it is obvious to me. I rarely have an idea of the character ahead of time. The auditioning actor creates the character for me, and then I know that he/she is right for the part." 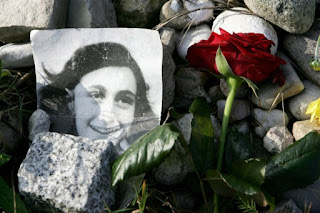 To win a role in the Landmark production of "The Diary of Anne Frank," each member of the ensemble cast had to project the major traits of the characters: strength, adaptability and sensitivity. They also had to give voice to a group of people who eventually become ordinary heroes.
"During auditions, I asked questions to see what personality traits the actors would have that would  shine through as truth to the character they were portraying," states Dressel. "This ensemble needed to fabulously channel the best and worst attributes of their characters.


"I did not choose the actors for similar physicalities  (although I am fortunate to have an Anne who is eerily similar to our dear Anne Frank), but rather for those individual aspects in the actor that I knew would make real, haunting heroes." 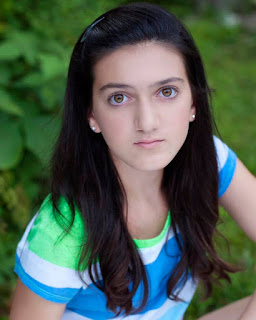 Case in point: Lexi White, the young actress, whom Dressel describes as the ideal Anne Frank.
"Lexi is a perfect Anne. She is young and wide-eyed, and has the same tempered exuberance that Anne had.  When she auditioned, she was equal parts self-assurance and insecurity. I knew she resembled Anne greatly, and kept hoping she would be a good actress also. I was more than pleasantly surprised...I was blown away.
"During rehearsals, the great thing I find about Lexi is that she and I explore the meaning behind Anne's words as well as the best manner in which to convey Anne's incredible courage to the audience, while also showing that she was just an ordinary young woman."

White remembers her various auditions at the Thomaston Opera House and the night she was told by Dressel that she had won the lead role of Anne Frank. "It was a Wednesday night when I was called. She said, 'There were a lot of great girls who auditioned, but we have decided the part of Anne Frank should go to you.' "
"I started crying," recalls White. "I fell to floor and I asked myself, 'Is this for real? ' " It was.
In White's eyes, the part of Anne Frank is the role of a lifetime. She admits to having both a real passion and understanding for the character she portrays.
"Anne Frank was really a very creative and artistic person. She obviously loves writing. That is her passion. In the actual story, she's energetic. In the annex, she becomes more mature and grows within herself. She has lots and lots of traits that I look up too." 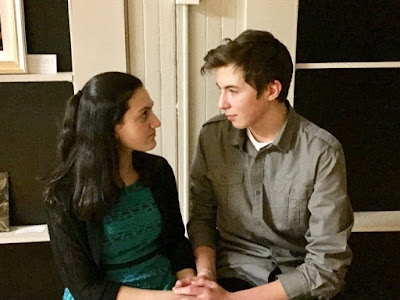 Joshua Gogol, who plays Peter Van Daan in "The Diary of Anne Frank," enjoys the entire rehearsal process, from shaping and molding his character and doing improvisations to acting alongside White and the entire cast. Plus, working with Dressel, as his director.
"I have never worked with her before," he explains during a rehearsal break. "But she knows how to get me to where I need to be and what I need to be doing. She sometimes pushes me, which I like. And her voice is awesome."
Casey McKenna, who plays the part of Peter's father, Mr. Hans Van Daan, has never worked with Gogol or White before. But, to hear him tell it, it's quite an enjoyable and gratifying experience. 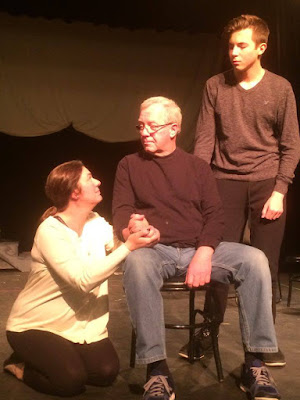 "At first, I did not know that Josh was relatively new to acting," he confesses. "As an actor, he brings a real thoughtfulness to his character and really digs deep to bring out the emotion this show needs. Lexi, in turn, is just a delight to work with. She's smart and funny and I think really she does a great job playing Anne.

"Secondly, (from an actor's standpoint), it's hard to imagine at such a young age being able to relate to what Anne actually went through. But Lexi really does a great job showing us who Anne was. Lastly, with a show as emotionally draining as this one, it's important for the cast to trust each other. Even though we are a mix of some old friendships and some new, we have come together quickly to form a strong, supportive team. I'm looking forward to an incredible run." 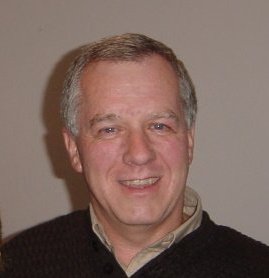 Throughout rehearsals, McKenna mentions that working with Dressel has been great, amazing and  extraordinary."Lucia has clearly done her research on the story and has a wonderful vision for how she wants to tell it. At the same time, she allows the actors to do our own research and dig into and develop our own characters.
"We spent a lot of time as a group talking about our characters and who they were not only during their time in the annex, but also their lives before the war and after their capture. With Lucia's guidance, I think we all have a better idea of not only who our own character is but also who everyone else is and how we all relate to each other during our time in hiding." 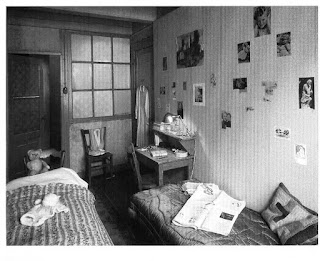 In conclusion, Dressel admits that staging "The Diary of Anne Frank" has been both rewarding and personally challenging. "The script is ensemble-based and all of the annex folk are on stage all the time. Hence, it is important that while two actors are conversing, or Anne is reading from her diary,  the other actors are doing things as well.
"The play is also tragic and dramatic. It is draining on the actors, particularly Johnny Revicki, who has the last excruciating monologue as Otto Frank. He explains what has happened to his family and friends. It is very moving." 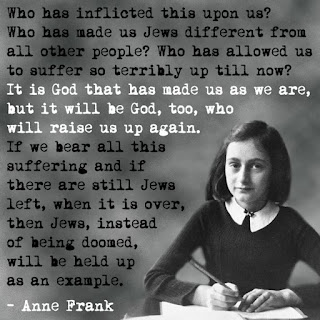 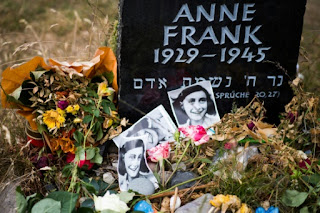 Posted by JimRuocco at 1:55 PM