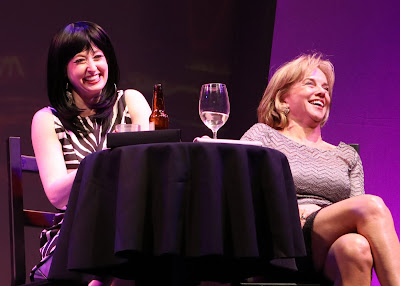 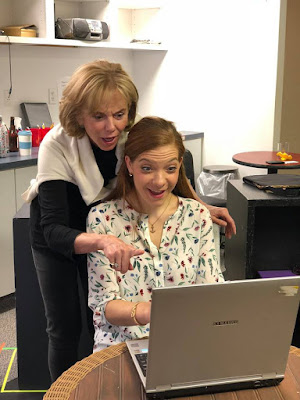 At the center of "Love Quest" is Kate Crawford (Linda Purl), a 60-year-old divorcee and Brook Davis (Jes Bedwinek), a 35-year-old L.A. fashion designer, both of whom, enter the unpredictable world of on-line dating in the hopes of meeting attractive, eligible men.

Witty, wise and engaging, "Love Quest" hilariously explores the wild and wacky dating adventures that both women encounter as the play delves head first into their different stories and lifestyles. Playwright's Mary Maguire and Steven McGraw recount each women's experiences in colorful, swift detail and with disarming candor, zest and passion. You can't help but be seduced.

Upfront, this is a very funny play. The writing itself comes from the heart. In turn, it is genuine, real and timely. The two-act format is approachable and hands-on without any calculation or predictability. Elsewhere, both playwrights present a unique brand of humor that is inspirational, cheeky, sweet and furiously entertaining.

"Love Quest" is a comedy you will want to see again. Maguire and McGraw's flair for this particular entertainment heightens the play's emotional core, its rapid, ever-changing mischief, its whimsy, its colorful, individual scenes, the character's who've gotten under each other's skins, their emotional growth and their face-to-face encounters and conversations.

The play's unabashed cleverness, in turn, produces non stop laughs. That is, laughs that are genuine. Laughs that are tart and pungent. Laughs that catch you by surprise. Laughs that keep you reeling. And finally, laughs that revel in the wacky mischief that the play's two central, female characters unleash. If copies of "Love Quest" were available for sale in the Ivoryton Playhouse lobby, they would all be gone in a flash. And the back order list of names would be endless. 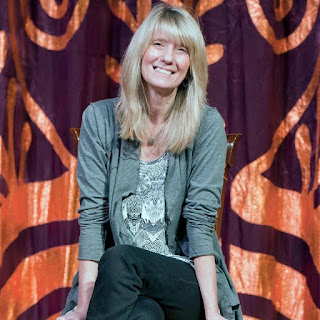 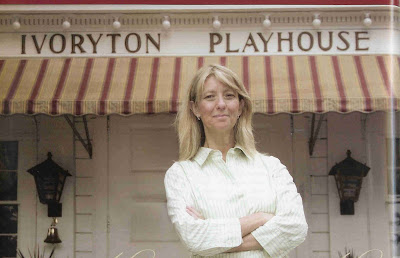 Director Jacqueline Hubbard, who, recently celebrated 25 years at Ivoryton Playhouse (currently, she is the theater's executive/artistic director)) is the perfect candidate to bring this engaging production to life. Under her directorial tutelage, "Love Quest" is played with immense charm and wit, offset with pockets of real craziness, comic distress and merriment. 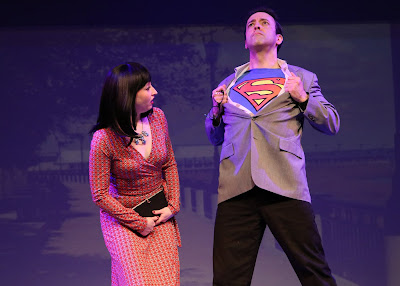 Here, she is in her element. Comedy is really all about timing and Hubbard gives "Love Quest" the upfront finesse, zest, imagination and quirkiness, it demands. She fuels the play with an advantageous, cinematic style that keeps the action flowing at breakneck speed. There's a real sense of diversity and polish to the play's individual scenes. Jokes and one-liners unfold with style and brio. Everything is acted with warmth, dash and charm. There's also a marvelous playfulness to "Love Quest" that is embraced throughout, rife with lots of surprise and unexpected elements involving all of its vividly created characters. 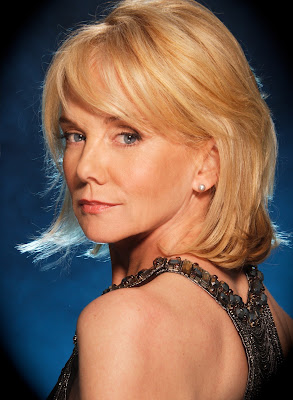 In the role of the of the recently divorced Kate, the very attractive, stylish and glamorous Linda Purl offers an infectious comic performance that unfolds with wit, imagination, verve and marvelously orchestrated elan. She plays the role of Kate as if it were written with her in mind. Her delivery of the play's many comic zingers is impeccable. She makes us care about what happens to her character as the play evolves and builds to its acceptable conclusion. And finally, her comic expressions and reactions are fully-fledged hilarious. What's not to love! 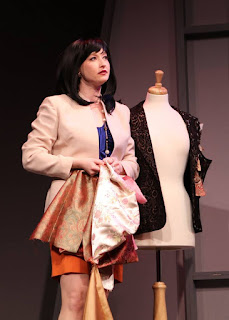 As Brook, a talented, top-rated, fashion designer who enters the dating world looking for some manly eye candy, Jess Bedwinek  (Ivoryton debut) brings a stylish charm and sexiness to her role, offset by an innate flair for coming timing, line delivery, characterization, character interaction and performance. It's impossible to take your eyes off her. She's simply dazzling. And in this two-act comedy, the actress is in her element. 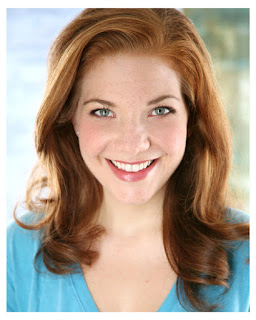 Susan Slotoroff, last seen as Shelby in Playhouse on Park's endearing "Steel Magnolias," makes her Ivoryton Playhouse debut with "Love Quest." As Kate's daughter Megan, she delivers a performance
full of spunk, spark, silliness and invention. Working opposite Purl, the actress also brings a refreshing honesty to the part, enhanced by an onstage chemistry, beautifully rendered by both actresses and further enhanced under Hubbard's watchful directorial eye. Also making his Ivoryton debut is Joe Candelora, in the role of Hal, a handsome older man who often finds himself at odds with dating , flirtation and the opposite sex. It's a role the actor invests with appropriate vulnerability, surprise and originality. 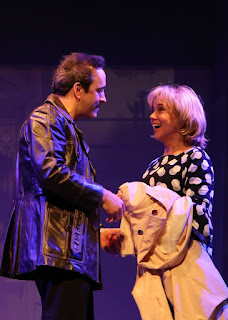 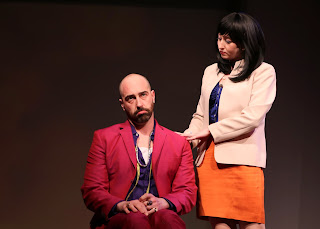 To portray the part of Everyman, Hubbard has wisely chosen Josh Powell, an actor, who, in "Love Quest," is asked to play a variety of decidedly different characters. It's a challenge the actor greets with the polish and adeptness of a master chameleon, reveling in the many zany comic portraits he is commissioned to portray and develop with quick change artistry. He succeeds swimmingly.
Mike Mihm, in the role of Brook's trusty, outspoken homosexual assistant Bové, conjures up a zany,  purposely flamboyant characterization that produces laughter in all the right places. It's a fun, enjoyable-to-watch performance that's clever, raucous, sharp and never once strains credulity. Much later, a surprise twist in the proceedings, casts the performer in an entirely different light which Mihm tackles with such obvious relish and delight, you can't help but applaud  his carefully-honed, deliciously witty transformation. Amazing!

Coming fast on the heels of the equally brilliant "The Fantasticks," "Love Quest" is a contemporary, original play that is deliberately cheeky and wonderfully detailed. It sparkles. It delights. It cajoles. The direction is crisp, diverse and witty. The performances are full of dash and great humor. And once you surrender to the play's obvious charms, the laughter is non stop. So much so, you'll probably find yourself coming back for a second viewing. I know I'll be going back again. 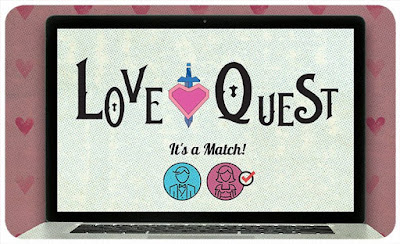