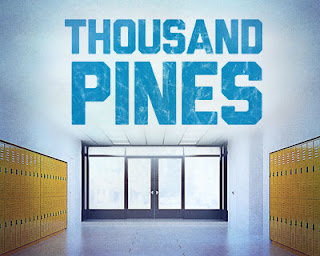 
"No play, even one as well-served by its company as this one, can cure what ails us as a society. Still, in an era so marked by division, there's something sacred about the communal act of theatre. I'm still naive enough to believe that miracles can happen when a group of strangers gathers to sit quietly in the dark as the story unfolds, laughing together, crying together, and dreaming together of a better world."
(Matthew Greene, Playwright)

An ensemble, three-part play without an intermission, "Thousand Pines" takes place in the dining room of three strangely identical suburban homes on Thanksgiving Day, six months after a senseless shooting at a junior high school.
Here, three sets of characters each struggle with the loss of a child who was taken away from them without warning like so many others across the nation including the 2012 Sandy Hook Elementary School tragedy, which claimed the lives of 20 children between six and seven years old as well as six adult staff members.


"In the meantime, we press on. We hold on to each other, search for answers, and fight for the things we believe in. And we try, along with the characters onstage, to keep believing."
(Matthew Greene, Playwright) 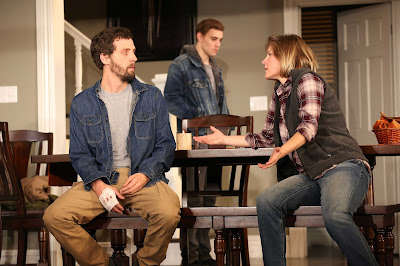 Ironically, the trauma that was Sandy Hook gives "Thousand Pines" its bite, its emotional backbone and its drive as it openly deals with yet another group of parents, relatives and friends trying to cope and deal with yet another horrific school shooting.

"Thousand Pines" doesn't claim to have all the answers. Its anguished cries of grief, outrage and denial, nonetheless, ring loud and clear. As does the characters' cries for help, compassion, understanding and survival. 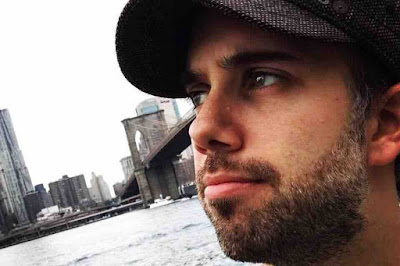 As written by Matthew Greene, "Thousand Pines" addresses public gun shootings with an honesty that is meant to leave you shaken, uncomfortable and emotionally drained. But things are never preachy or in-your-face with obvious calculation. At times, the tone is dark and stirring, but Greene never allows the material to get bogged down in constant heartbreak. Or spin off into space with no justified conclusion.
There is laughter. There is warmth. There is honesty. There is confrontation. There is sorrow. There are typical family squabbles. There is uneasiness. There is awkwardness. There are jokes about mashed potatoes, butter, cranberry sauce and turkey. Greene also tells us that it's important to unite in tragedy, to persevere, to connect, to remember and more importantly, to never forget.

To direct "Thousand Pines," Westport Country Playhouse has enlisted the dynamic Austin Pendleton ("Hamlet," "Ivanov," "Park Your Car in Harvard Yard," "Between Riverside and Crazy") as director. It's a move that serves the material well for Pendleton has always been at home with this particular kind of conversational drama, it's character-drive populace and its textbook extremes, resourcefulness, urgency and promise. Moreover, he gets and understands actors who play multiple roles which here, are as varied, mixed up and as swirling as the three different segments themselves. 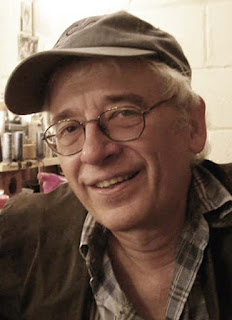 As "Thousand Pines" takes shape, Pendleton aptly captures the fear, anxiety, restlessness and uncertainty of people coping with loss, in denial or anxious to move on, regardless of the consequences. He also understands this particular kind of grief, but never once goes overboard to make a point. Instead, he brings a natural, kindly openness to the piece, often reminding us that there is hope in the aftermath of tragedy and the human instinct for survival.

The exemplary cast, well chosen by Pendleton, are Kelly McAndrew, Andrew Veenstra, William Ragsdale, Katie Ailion, Joby Earle and Anne Bates. McAndrew, playing three different mothers, is onstage the most. Her performance is honest and gratifying, allowing her to shift gears like a Broadway chameleon, offering three colorful, decidedly different portraits of three grief-stricken women, coping with the loss of a child. Is this the same actress, you ask? You bet it is. 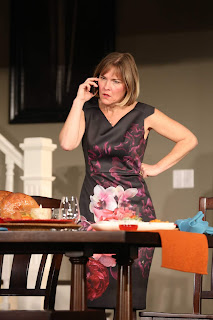 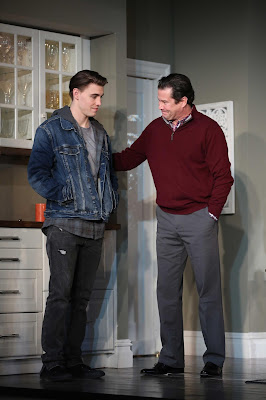 Veenstra, last seen in Hartford Stage's awarding winning production of  "The Age of Innocence," appears in two of the three segments and delivers a sensitive, heated, argumentative character turn rife with stubbornness, self-awareness and irony. Ragsdale glides from one character to the next most agreeably playing a kind-hearted uncle, a hot shot lawyer and a small-town policeman. Earle, Bates and Ailion also offer complex, centered, radically different character turns, fraught with truth, emotion and signature compassion. They too, each have their big actor's moment, depending on the action and the individual scene at hand.

In conclusion, "Thousand Pines" is a fast, talky, well-crafted play about grief, loss, coping and moving on. Its conversations are timely and conventional. Its characters and plot twists are honest enough to get under your skin and get you thinking. The play also reminds us about the terrible tragedy that was Sandy Hook and so many others. The gunfire has ended. But the horror of those ghastly moments lives on and leaves us broken, once again. 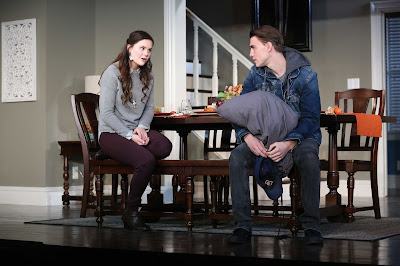 Posted by JimRuocco at 1:52 AM