From the Desk of Jim R, Take 2, Column 256, Connecticut Theatre News: Stuart Brown's "Sounds of Broadway" Is A Must for Show Music Lovers of All Things Broadway and London's West End...And Then Some 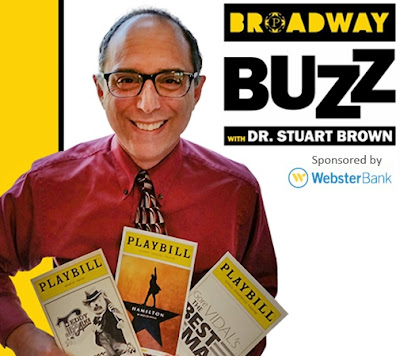 You don't have to be an actor, a critic, a musician or a theater geek or guru to love and appreciate show music from Broadway, off-Broadway, London's West End or London Fringe.

All you have to do is sit down, lay back and listen to choice selections from show after show and let the sounds of today and yesterday work their magic, cast their spell over you and let the words and orchestrations thrill you with their musical language and diversity. 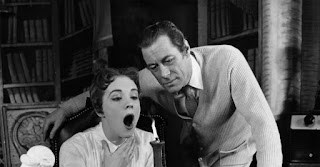 The choices and the possibilities are endless.

You can sing along with the likes of Elaine Page, Michael Ball, Betty Buckley, Patti LuPone, Robert Morse and Julie Andrews.

You can dance about your house pretending to be Eliza Doolittle, Eva Peron, J. Pierpont Finch, Jean Valjean, Alexander Hamilton or Grizabella, the Glamour Cat. 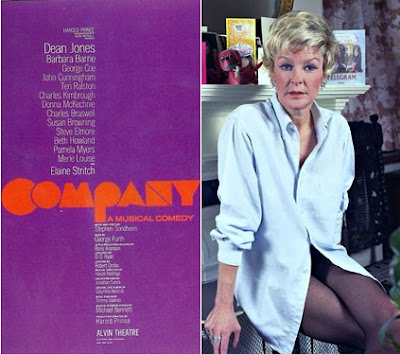 You can chill over a glass of wine, a high ball or a a bottle of imported beer. Or you can pour yourself a vodka stinger, the preferred drink of Elaine Stritch's character Joanne in Stephen Sondheim's "Company."

To get you into that perfect show tune mood, mode or state of mind, all you need to do is tune into "Sounds of Broadway," the hit 24/7 online radio station program hosted by Stuart Brown, the creator of this entertaining musical showcase featuring the show tunes you know and love or others you might be hearing for the very first time.

Just go to your computer and type in soundsofbroadway.com and let the fun begin. Or you can simply download the streaming app from the Apple App/iTunesStore (available for all iOS devices), Google Play (available for Android devices) and Amazon Echo Devices (all you have to do is say "Alexa, play the 'Sounds of Broadway.' "). 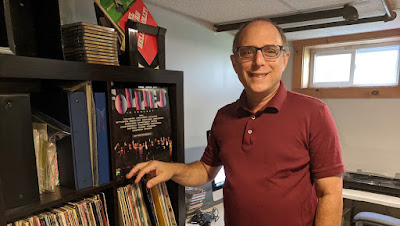 Brown, the owner, host and program director for "Sounds of Broadway," which officially made its online debut in April, 2019, previously hosted Trinity College's "On Broadway" for WRTC-FM, 89.3 for over 25 years. Currently, he is President of the prestigious Connecticut Critic's Circle, a position he has held since 2012. He also writes an online blog titled "Stu on Broadway" that features timely reviews of Connecticut and New York productions. And finally, he is a member of  the Outer Critic's Circle, The Dramatist Guild and the American Theatre Critic's Association).

Per Brown, the database for "Sounds of Broadway" includes more than 4,800 show tunes pulled from 650 musicals. To keep you listening or coming back for more, the website includes "Next Song Up" and "Last 10 Played."

So how does Brown pick and choose his day-to-day musical line-up of songs?
"I have divided the songs/shows into three categories," he explains. "(A.) Well-known and popular." ("Camelot," "Hamilton," "Mame," "Guys and Dolls"). "(B.) Musicals that are obscure or flopped, but still have some great music." ("Ben Franklin in Paris," "The Golden Apple," "Oh, Brother!" "Do I Hear a Waltz?"). "(C.) Songs that are in-between A and B- not that popular, but not at the obscure level." ("Catch Me If You Can," "The Best Little Whorehouse in Texas," "Jelly's Last Jam," "Falsettos"). 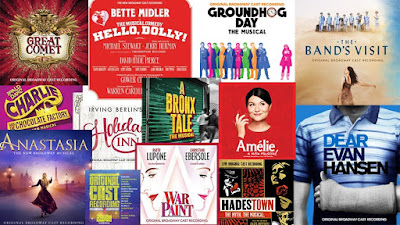 On any given day, you're likely to hear show tunes from "Come From Away," "Next to Normal," "Dear Evan Hansen," "Sweeney Todd," "Hello, Dolly!" and "South Pacific" alongside "A New Brain," "Illya Darling," "The Baker's Wife," "Me and Juliet," "Flora, the Red Menace" and "Dear World."

In turn, "Sounds of Broadway" sparks interest immediately.
Brown keeps everything well-positioned and in sync from hour to hour.
His selections are songs you can enjoy and treasure.
The broadcast is always full of surprises.
The emotional connection of the music lets you feel what is happening very much in the moment.
Lots and lots of fun stems from songs you are hearing for the very first time, but want to hear again.

"My philosophy is to entertain and educate," Brown confesses. "If you want to hear the most popular shows and nothing else, then 'Sounds of Broadway' will not necessarily be your Broadway radio station. If, however, you are open to learning about the vast world of musical theater, from the very beginnings, primarily from 'Oklahoma!' up to the present, then you will want to tune into 'Sounds of Broadway.'
"You will hear songs that are like comfort food from shows such as 'The Sound o Music,' 'Fiddler on the Roof' and 'Hello Dolly!' as well as selections from musicals you were not aware of - 'Sweet Bye and Bye,' 'Birds of Paradise,' 'The Spitfire Grill.' " 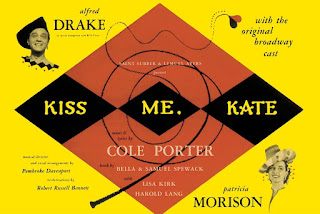 Discovery of all things past also interests Brown.

"Everyone knows Cole Porter's 'Kiss Me, Kate,' " he explains. "But how many people are aware of his earlier works such as 'You Never Know' and 'The New Yorkers?'
"Great scores, but no other Broadway radio station plays songs from these musicals. In fact, 'Sounds of Broadway' plays songs that no other Broadway station anywhere plays."

Although "Sounds of Broadway" is free to listeners, its costs over $1000 a month to operate the station - royalty payments, internet costs, website development, equipment expenses.
If you would like to make a donation or have questions, you can contact Brown at stuart@soundsofbroadway.com or visit the website.

Posted by JimRuocco at 9:40 AM