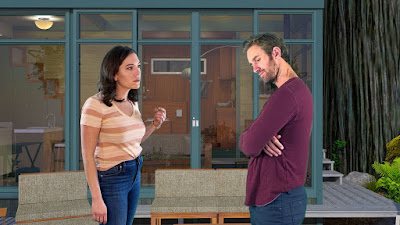 Ten minutes into Michael Gotch's crafty "Tiny House," it's easy to understand why Mark Lamos, Artistic Director of Westport Country Playhouse, wanted to stage it as part of the theater's virtual 90th season.

It's funny.
It's quirky.
It's maddening.
It's entertaining.
It's fiendishly clever.

It's also decidedly different from the usual overplayed outdoor/indoor summer fare that's continually stuffed down our throats including one too many productions of "Barefoot in the Park," "Godspell," "Mamma Mia!" "The Sound of Music" and "Run For Your Wife."

Not the case in Westport.
And therein, lies its enjoyment.

That said, "Tiny House" is a wild and wacky roller-coaster ride orchestrated to pure frothy perfection and hysteria by Lamos as it grapples with personal, social and environmental issues that are bold, disturbing, confrontational and surprising. It's a fun ride that merges effortlessly into a sea of comic quirkiness that's impossible to resist. Moreover, it respects the rhythm and heartbeat of Gotch's playscript and his choice of warped and playful theatrics that muse and delight with giggly quality and ripe conviction. 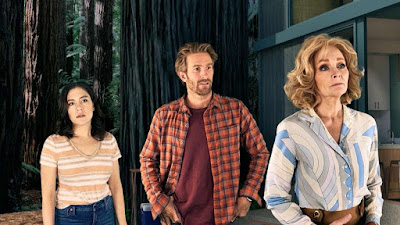 The play, set on the Fourth of July in a minimalistic designed house deep in the woods, delves quickly into a family celebration chockful of mindful exposition, dynamics and conversation. This so-called gathering of sorts is populated by seven colorful and intriguing characters reminiscent of those quirky individuals found in plays by Christopher Durang. They are an outdoorsy architect and his wife; her overly opinioned mother; two hippie neighbors obsessed with medieval costuming and all things Renaissance; a modern-day survivalist who hunts and kills marmots; and a high school biology teacher whose life is fully enriched by nature and its woodsy environment.

Gotch, as playwright, displays a certain kind of uniqueness that keeps "Tiny House" fresh and exciting. He has plenty of ideas, thoughts and narrative routes that give the play both its power and exhilaration. He also delights in catching his audience off guard or simply surprising them with facts, secrets and revelations they never saw coming. As the play evolves over its fast-paced 105-minute running time, he creates an unabashed environment of collective curiosity, wit and identification that never falters for a moment. That, coupled with particular detail, context and language done right gives the piece its additional weight, humor and creative chutzpah.

Staging "Tiny House," Lamos clearly has the right mindset to bring Gotch's Fourth of July comedy to life. From scene to scene and act to act, he is focused, creative and conscious of the play's quirkiness and off-angle intellect. Pacing is everything here and Lamos keeps things continually in motion without missing a beat. He knows how to get a laugh by using just the right amount of comic build-up. He knows each character upside down, left, right and center. He knows when and how to shake you up, catch you off guard or kick you in the ass. And finally, he gives the production a force and pulse that keeps it on track, driven by the performances, dialogue and an emotional amplitude that conveys the humor and deftness of the playwright himself. 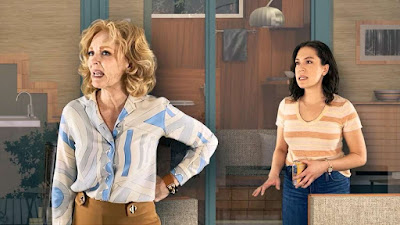 Rounding out the cast are Elizabeth Heflin as Billie, Sara Bues as Sam, Denver Milord as Nick, Lee E. Ernst as Larry, Stephen Pelinski as Win, Kathleen Pirkl-Tague as Carol and Hassan El-Amin as Bernard. All seven are exactly right for the characters they are asked to portray, each communicating the ticks, quirks and polemics that become the emotional center of their individual characterizations. They are crafty. They are funny. They are eccentric. They are unique. They are different. They are full of surprise. Their connection to "Tiny House" is immediate and significant, infused with endlessly funny and upbeat accomplishment that makes us laugh in all the right places.

"Tiny House" is a wickedly funny piece of theatre that finds humor in the unlikeliest of situations. It is rife with color, passion and craziness that is both hilarious and soul-soaring. Goth's inspiration and well-crafted dialogue captures the chaos of it all. The cast of seven communicates the play's wit and piping-hot nuttiness with great style and coherence. And Lamos, back in the director's chair, crafts yet another memorable theatre piece that unfolds with just the right amount of clarity, effort and opportunity. 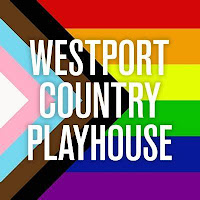 Posted by JimRuocco at 9:01 PM