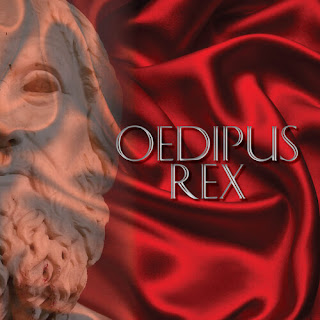 Written by Sophocles and first performed around 430 B.C., "Oedipus Rex" has a hero with a complicated past, an ending that isn't very happy and plenty of riddles, prophecies, secrets, conflicts and revelations that eventually lead to the title character's catastrophic downfall.
Its telling also touches upon topics of lust, incest, suffering and doom as Oedipus himself realizes he has killed his birthright father and married and bedded his mother who, when he was first born, cast him out to be killed and buried in the mountains.
But wait, there's more.
This being a Greek tragedy hellbent on plague and destruction, Oedipus, we learn, was adopted and saved as an infant and now, grown up as a leader-in-life, hopes to avoid a prophecy of pain and constituent destruction from which there is no escape.
With the groundwork laid, Sophocles constructs an urgent tale of moving credibility and decay that today, resonates with the epic sweep, dimension and tragedy he fought so hard to preserve.

The twisted part of the Oedipus tale and all that comes before it and after is the driving force of Legacy Theatre's brilliant, inventive staging of this ancient drama, its language, its characters, it suspense, its extreme irony and its informational perspective. 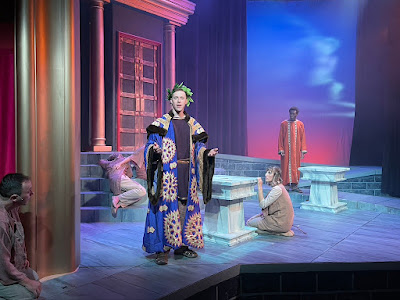 This interpretation, translated by Ian Johnston, magnificently reinforces the classic definition of Greek tragedy, its mocking lilt, its cries of suffering and horror, its grave circularity, its prophetic amplification, its condemned truths and its overt heartlessness.

As director, Keely Baisden Knudsen makes this "Oedipus Rex" breathe and resonate. In an effort to appeal to today's audience, she wisely abandons the play's original Greek tragedy requirements - a bare stage; full specifically-crafted period masks worn by both actors and chorus; elaborate, stylized staging and movements; synchronized choral groupings - in favor of a more grounded, modernistic piece that cries 21st century despite its lush, creative period surroundings, lighting, visual effects and costuming smartly designed by Jamie Burnett (sets and lighting), Katya Vetrov (costumes) and Lauren Salatto-Rosenay (projection designer). It's a concept that works surprisingly well while at the same time, adheres to the logistics and format of the original work.

Staging the play, Knudsen dances to her own imaginative heartbeat. She has a story to tell and tell it she does. As "Oedipus Rex" evolves, she brings a natural theatricality to the piece offset by creative elements that accurately reflect the complicated layers of the Sophoclean plot, its cultural landscape, its weighty tension, its curious imprisonment, its surprising depth and its jolting foreboding and fears. She knows what she wants, how to take a breath or pause, how to seize the moment, how to play or underplay a scene or situation, how to challenge both her cast and audience and finally, how to dive in for the kill, shock and entice, run wild and when its all over, leave you begging for more.
As tradition dictates, she accurately portrays the play's abuse of power, its obsession with the conflicts between genders, its tremendous sense of helplessness caused by plague and how the unpredictability of life itself can threaten one's status in a single moment. An auteur of sorts, she also adheres to the Greek tragedy blueprint of having no violence on stage and if a character is to die, the actual death happens off stage or is heard behind closed doors. At the same time, she allows her staging of "Oedipus Rex" to retain its Sophoclean origins and speak directly and authoritatively to the modern audience. 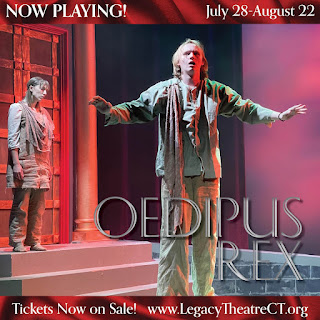 As Oedipus, Kawash uncovers his character's story with truth, insight, drive and accomplishment, bringing the right style, tone and scope to the actual story, the dialogue and its metaphorical blindness. Looking very much like a youngish Anthony Rapp from Broadway's 1996 production of "Rent," the actor executes his characterization with a modernistic command and pride that naturally darkens once he gauges his eyes out (there is no blood, but the staging itself involving long red cloths that drape the stairs of the outside court is a stroke of genius on Knudsen's part) after the terrible truths of his life - past and present - are explicitly exposed near the play's end. In the role of Jocasta, Sage is a terrific choice to play the part of a mother who unknowingly marries her son, then commits suicide as the only way to escape this terrible tragedy. It's a part she invests with clarity, dignity and dutiful coherence. Her recitation of the play's glorious language is also rife with imagination and beauty. It's the performance of the season and one that often leaves you breathless. 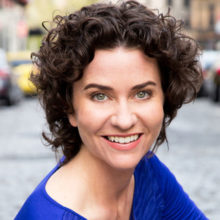 The supporting cast which includes fine performances by Sayers, Breda, Hentschel and Schwans, heightens the play's excitement, curiosity, terror, myth and untimely doom. Everyone is perfectly in sync with the storytelling set forth before them, its style, its language and its prophetic urgency and madness.

A shrewd piece of theatre combining both heroic and brutal commentary, "Oedipus Rex" is an absorbing Greek tragedy staged with eloquence and sharpness befitting its shrewd Sophoclean scope. It is an impressive feat for the newly opened Legacy Theatre and one that should be seen not missed. The cast, under Keely Baisden Knudsen's swift, insightful direction, domesticates the blood-splattered motivation and mindset of the play and keeps it moving deftly toward its justified, horrific conclusion. For over 90 minutes, one sits there completely riveted by dialogue, situations and performances that are not only unique, but cannot be ignored. 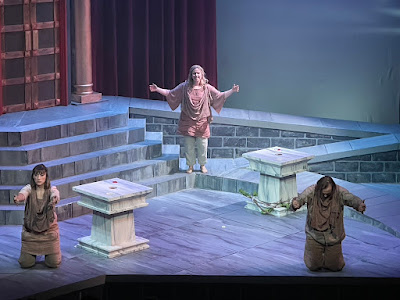 Photos courtesy of Jamie Burnett
"Oedipus Rex" is being staged at the Legacy Theatre (128 Thimble Island Rd., Stony Creek, CT.), now through August 22.
For tickets or more information, call (203) 315-1901.
website: legacytheatrect.org
Posted by JimRuocco at 6:07 AM