From the Desk of Jim R, Take 2, Column 171, A Review: "On Your Feet" (Westchester Broadway Theatre) 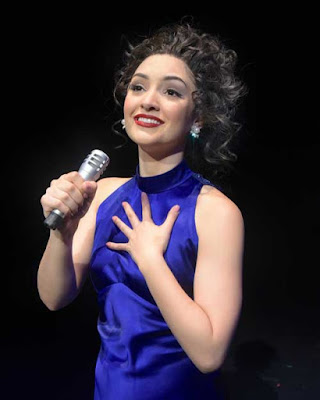 
It's not only the rhythm that gets you in Westchester Broadway Theatre's bright and bouncy "On Your Feet," it's the entire show.
A genuine fusion of Broadway musical, top 40 song hits and frenzied Latino beats and rhythms, "On Your Feet" is everything you'd expect from a show-biz biography about Gloria and Emilio Estefan...and then some.

It hops.
It shines.
It snaps.
It soars.
It delights.

What's nice about this particular show is that it doesn't pretend to be anything than what it is. No pretense. No padding. No melodrama. No rise-to-the-top silliness. No chart topping success story cliches. No sidestepping of facts, family, conflict and heartache.
It's all right here, front and center, in glorious, eye-popping Technicolor.

Written by Alexander Dinelaris, "On Your Feet" travels back in time through flashback to retrace Cuban-born Gloria Estefan's musical career from its humble beginnings to her triumphant re-emergence to the concert stage following a near-fatal accident that nearly derailed her professional rise to fame in the music industry. 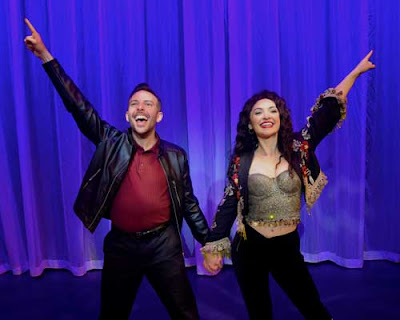 Told through a series of well-positioned story arcs that are fast and fluid, "On Your Feet" is packed with just the right amount of heart, soul, conflict and social context to keep things both grounded and interesting. There are vivid memories of Gloria's early home life with her mother and grandmother. There are glimpses, mostly in memory and dreams, of her late father. The singer's road to success, her Latin music crossover and her meeting and marriage to Emilio Estefan are also addressed in typical Broadway musical fashion, but without the cliches and overkill that often lessened the truthfulness of other musical showbiz biographies. Here, Dinelaris' narrative is appropriate, likeable, flavorful and cool.

Staging "On Your Feet" is Donna Drake, a directorial presence whose understanding and knowledge of musical theatre is used to full advantage. Working alongside choreographer Rhonda Miller, she moves the action forward swiftly and directly with an emphasis on realness and honesty, facilitated by the right character interactions, conversations, established scenes and musical numbers that heighten the experience of live stage musical entertainment. 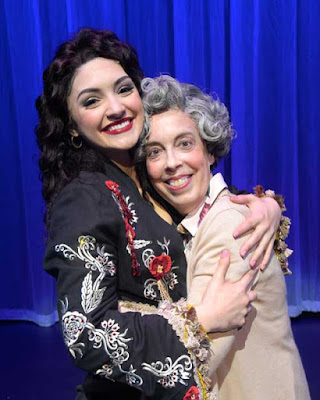 As "On Your Feet" evolves, Drake utilizes everything within her grasp - actors, musicians, designers - to fill the stage with that one-two-three slice of vibrancy, color, surprise and sound necessary to keep her audience riveted in the storytelling at hand. That said, all of that hyperactivity and exhilaration she unleashes, pays off as does her skillfully timed staging with nary a halt, a hiccup or a hesitation. Like others before her, Drake is a director who knows what she wants and she runs with it, well aware of the buzz she creates on stage and in the audience. Here, it makes all the difference in the world.

"On Your Feet" features music produced by Gloria and Emilio Estefan and Miami Sound Machine. Songs include "Coming Out of the Dark," "Don't Wanna Lose You," "Conga," "Live For Loving You," "If I Never Get to Tell You," "You'll Be Mine," "Get On Your Feet," "Anything For You," "1-2-3," "Oye," "Everlasting Love" and "The Rhythm Is Gonna Get You."

Musical direction by Bob Bray with the able assist of a ten-member band of musicians, is energized, stirring, salsa-based and bristling with pungent musicality that does justice to the Estefan/Miami Sound Machine songbook and its Latino conceit. Nothing, of course, is taken for granted. The shifting moods of the songs, right down to the smallest detail, get the attention they deserve with total involvement coming from both Bray and his orchestral team. 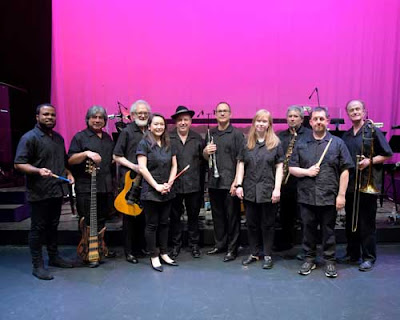 Character-driven songs by the principal performers and their towering climaxes are truly impressive as are Bray's interpretive choices and decisions regarding the show's big ensemble numbers, which are beautifully sung by the entire harmonious "On Your Feet" cast. Altogether, the Westchester Broadway Theatre orchestra has never sounded better or more connected to the music, inside out and all around. Despite familiarity, almost everything sounds refreshingly alive and new. And the audience, in turn, responds with loud cheers and applause that only furthers that obvious notion.

In the role of Gloria Estefan, Maria Bilbao is is knockout. Charismatic, vivacious and very, very passionate, she possesses a magnificent singing voice, stage presence and glamorous allure quite similar to that of the dynamic recording artist she is asked to portray. What's especially gratifying about her performance here is that it's both real and spirited and comes directly from the heart. Her singing is rich, luscious and expressive with just the right amount of Latino pulse, magic and fire. As an actress, she performs brilliantly, completely in sync with the passion, personality and vibrancy that is Gloria Estefan. 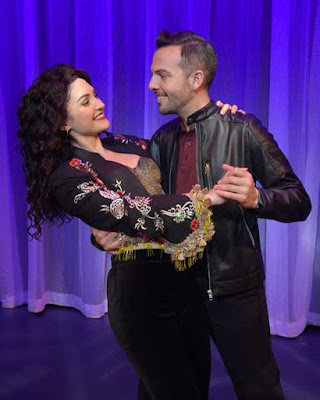 Jose Luaces as Gloria's husband Emilio, brings a piercing angst, sexiness and vulnerability to the part, which he projects with viable immediacy. Vocally, his singing is full-bodied, replete with every variation of emotion. As Gloria's mother, Karmine Alers is a fiery presence and passionate singer whose big vocal "Mi Tierra," performed during the second half of Act I, emerges a genuine showstopper well worthy of a standing ovation. Sandy Rosenberg, last seen as the egotistical diva Carlotta in WBT's "Phantom," plays Gloria's loving abuela, the kind-hearted woman who pushed and encouraged her granddaughter to perform, with sincerity, warmth and tremendous dedication. It's all heartrendingly acted. As Gloria's father Jose, Byron St.Cyr delivers a fine performance fraught with believable emotion, power and seriousness.

Smart, lively, nostalgic and vastly entertaining, "On Your Feet" celebrates the life and music of Gloria Estefan in grand, biographical jukebox style. The incredibly talented cast is magnificent. The music is a perfect ten. Rhonda Miller's choreography is both fiery and spirited.
This is one of those musicals where things are so much fun, a better time cannot be had. You'll laugh.You'll cry. You'll clap. You'll dance. And when it all ends, you'll probably find yourself singing Estefan's enormously catchy music full tilt or buying a return ticket or two to the show for an upcoming performance. You won't be alone. 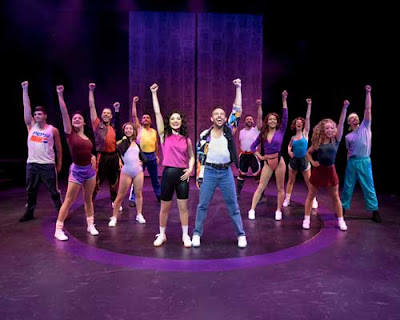 "On Your Feet" is being staged at Westchester Broadway Theatre (1 Broadway Plaza, Elmsford, NY), now through August 4.
For tickets or more information, call (914) 592-2222.
website: broadwaytheatre.com

Posted by JimRuocco at 8:56 PM