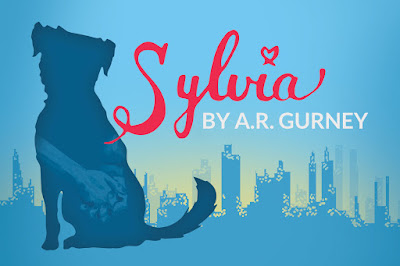 
"A man and his dog is a sacred relationship. What nature hath put together let no woman put asunder."
A. R. Gurney, Playwright,"Sylvia")

Can a kindly, middle-aged man in the middle of a mid-life crisis love a dog a little too much?
Can a perky, smartly-groomed mutt anxious to please her master drive a wedge through his somewhat happily ever after marriage?
Can neglecting your wife for daily walks in the park with your four-legged friend lead to trouble in the bedroom, in the living room and at the dinner table?
Can loving a pet way too much much send a concerned dog owner onto the couch of a mad therapist who advises, "Get a divorce, then shoot the dog?"

The answer to all four questions is "Yes."

As written by the late A.R. Gurney, this wild and wacky tale comedy aptly and amusingly explores man's obsessive devotion to a canine friend with plenty of humor, acidity and cheeky wordplay. It tickles your funny bone. It produces lots of loud laughs. It gets you thinking about your own pets. It produces smiles and happy tears. It tugs at your heart. It oozes giddy charm. It catches you off guard. And any time one of the main characters says the word "Fuck," it delivers hysterical jolts aplenty.

"Sylvia," of course, is no ordinary play.
And therein, lies its appeal, its cheekiness and its flavorful comic center. 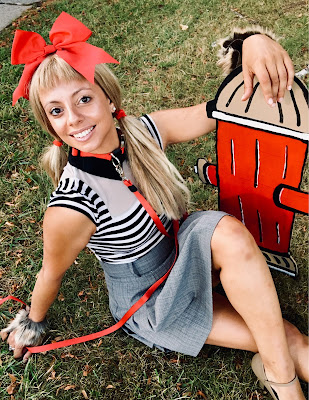 As penned by Gurney, it all begins, quite innocently, the moment  Greg (Michael Gilbride) arrives home from Central Park one afternoon with a stray dog, named Sylvia (Ashley Ayala)  whom, as the story progresses, gets more love, affection, hugs and kisses than his loving wife Kate (Barbara Horan) who is quite pissed every time she sees her husband fawning and drooling all over his latest canine acquisition.

The beauty and enjoyment of this savvy 1995 comedy lies in its ability to place the central characters in crazy situations punctuated by sharp and witty dialogue that elicits laughs in all the right places while driving the action forward. The play's uninhibited humor - catchy one-liners, playful counter-ripostes, off-color dialogue - also stems from the fact that the title character of the piece,  a scene-stealing, stray mutt, is actually played by an actress who talks, cries, barks, slinks, argues, swears, sniffs crotches, licks asses, offers advice and has sex (with dogs, of course) whenever it suits her whim. This conceit is well-orchestrated by the playwright who always knows what buttons to push, how to frame a joke to get a laugh, when to step back and let the material breathe and when to let this hysterical love triangle snap, crackle and pop.

This production of "Sylvia" is being staged by Kris McMurray whose Connecticut Cabaret Theatre directorial credits include "Wait Until Dark," "Singin' in the Rain," "I Love You, You're Perfect, Now Change," "Rent," "Calendar Girls,"  "Rowan and Martin's  Laugh In," "Into the Woods," "Pippin," "I Left My Heart" and "Tea at Five." Here, he crafts a bold and breezy theatrical piece that has a tangy, zesty energy, a three-dimensional flair and a touching sweetness about it. He presents Gurney's play text in its entirety. He doesn't censor or downplay the play's raunchiness or R-rated language. He doesn't cut any of the dialogue or shorten any of the scenes. He also includes "Every Time We Say Goodbye," a popular jazz song by Cole Porter, sung here by Ayala, Gilbride and Horan, which is often deleted in many revivals of Gurney's popular work. With the very talented CJ Janis in fine form at the piano, the song's elegiac, straightforward, heartfelt melody achieves the necessary verbal fretwork intended to amplify the very idea of the song and its strong connection to the "Sylvia" characters and their story. 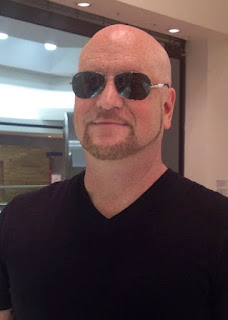 As "Sylvia" makes its mark, McMurray plays it with detail, color and imagination. Working from Gurney's blueprint, he charts the "Sylvia" journey, its consolation, its comfort and its impact with particular power, humor, raunch and craziness.  Everything has its time and place. Nothing is off-centered or one-note. The characters themselves are full-bodied and completely in sync with the play's comic zest and snap. The staging is balanced, involved and madcap. There's also an element of surprise which McMurray amps up with decided flourish. Elsewhere, he adds the necessary colors, shading, ticks, quirks and oddities to make each and every one of the play's five characters stand out, work their magic and make this production sparkle and shine.

Playing the title role of Sylvia, the loveable, sex-charged and oft-misunderstood pooch, Ashley Ayala delivers the comic performance of the season playing the part of a dog who has the ability to speak perfect English and can curse like a drunken sailor on a Saturday night. She charms. She cajoles. She snaps. She bites. She entices. She smiles. She delivers. She amazes. To sustain the actions, mannerisms, moves, expressions, mindset and doggy persona of a canine for well over two hours without ever once letting her guard down for a single millisecond is no easy task, but Alaya basks in the part's craziness and never once misses a comic beat, an important punchline, a daft one-liner or a plot-evolving interaction with any of the play's colorful characters. She doesn't just play a dog. She is the dog. 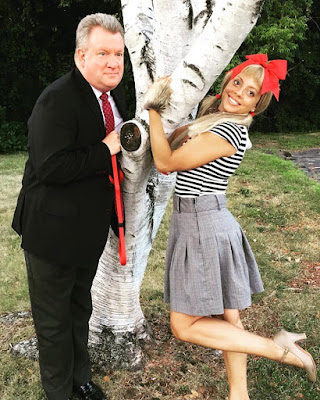 As "Sylvia" unfolds, she skips, jumps, leaps, hops, slobbers and crawls across the floor of the Connecticut Cabaret Theatre with the polish, inventiveness and mania envisioned by the playwright throughout his two-act comedy. There's a lot going on here, far beyond slobbering all over her master, having sex in the park with other horny dogs or accidentally or intentionally peeing all over the floor.
The stage blocking alone, as devised by McMurray and unleashed (no pun, intended) with creative aplomb by Ayala, is so wonderfully savvy and inventive, you sit back in amazement, reveling in a performance where accelerated schtick, humor and interplay are so naturally executed, the actual creation of the Sylvia character and its hysterical evolution will literally blow you completely away.

What impresses most about Michael Gilbride's full-bodied comic turn as Greg is the sweet, calm and collected reasonableness he brings to the situation of being a dog owner, his undying love for his new found pet and all the crazy idiosyncrasies and revelations Gurney tosses his way as this new found friend dampens and threatens his marriage and his once tidy and predictable life. With a steadied, raw comic style reminiscent of George Wendt and Jack Weston, Gilbride know how to play comedy front, back, sideways and in between with a mentality and attitude that is exactly right for this Gurney play. 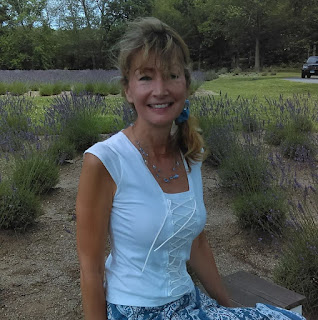 The very charismatic and personable Barbara Horan, last seen as Annie in CCT's effervescent staging of "Calendar Girls," is funny, determined and crystal clear about her character of Kate, a woman who tries to understand her husband's ridiculous obsession with his new canine friend and often sputters hostility toward the animal, often referring to it as "Saliva," a running gag that prompts laughter in all the right places. Here, as in "Calendar Girls," she connects immediately with the playwright's interpretation of the character and offers a three-dimensional performance that is rich and layered. Her emotional responses are honestly convincing and expertly timed. Her sense of anger, betrayal and pain is also quite palpable. She also is a very classy dresser and wears "Sylvia" wardrobe magnificently.

In "Sylvia," Dave Wall (also from "Calendar Girls") is given the marvelous opportunity to play not one, but two completely different roles throughout the production. First, he plays Tom, a macho,well-oiled, in-your-face dog owner who acts like a proud papa when his male dog engages in a wild sexual frolic with Sylvia in Central Park. He also plays Leslie, a quack therapist whose gender is highly questionable. Is he a man pretending to be a woman? Is he a woman pretending to me a man? Or is he homosexual or transgender. It's up to you to decide.

Acting wise, Wall connects with both characters and has the wit, the stamina and kinetic timing to make you believe and understand everything he says and does. As Tom, he is macho, crazy and somewhat of a perve, which is exactly what the part calls for. As Leslie, his androgynous persona, line delivery, mysterious voice and hilariously timed mannerisms are wild, wonderfully wacky and  downright hilarious. 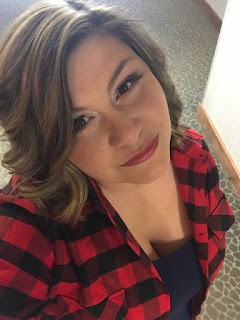 Last seen as Celia in "Calendar Girls," a part she played with comic zing and spitfire effectiveness, Carleigh Schultz has a great sense of comedy about her that is used to full advantage here as Kate's opinionated friend, Phyllis Cutler, a snobbish, East Side know-it-all dripping with icy contempt and disdain that is absolutely perfect for her characterization. She knows how to get a laugh, how to position a punchline and how to move everything along with sparkle. That's not all. Her interaction with the title character, who takes a real liking to her (no spoilers, here), prompts one of the play's most original, side-splitting comic moments that's played to the hilt in all its outrageous, R-rated glory by the actress and Ayala under McMurray's overheated and spirited tutelage.

Throught "Sylvia," Gurney's choice of language, banter, four-letter words, story arcs and characterizations is persuasively on tap, thus, bringing added nuance and intellect to this breezy, conventional, quirky comedy. The acting is believable, hysterical and confident. Kris McMurray's direction is playful, strong and sturdy. And the resulting production proves once again how creative and intelligent a playwright A.R. Gurney was. No kibble and bits here.